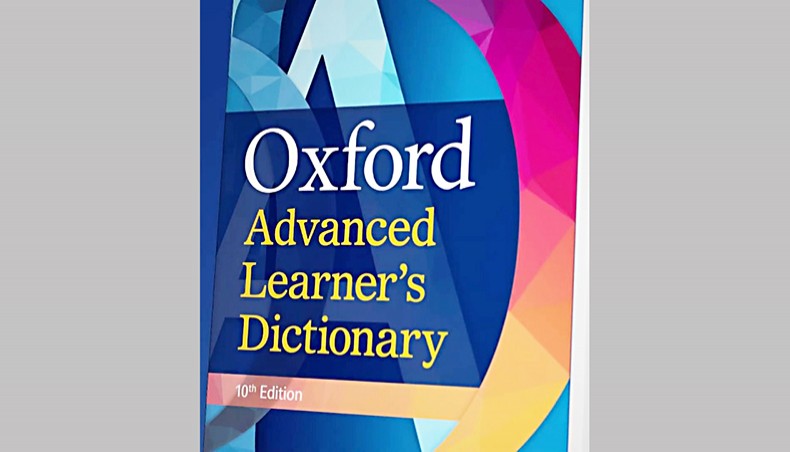 NEWSPAPERS in Bangladesh hardly bother about what goes on linguistics front. This makes news on language and its components — words, grammar or pronunciation — hard to come by. The news report on language that last caught my attention was the one with the headline ‘Campaign to revive missing Bangla words launched’, provided by the United News of Bangladesh, which got in print in New Age on February 4, 2018.

The small news item, spanning four paragraphs, found a place on the back page of New Age. The word ‘missing’ as it was used in the news, however, appears to be a travesty of translation. Something can go missing, yet something may appear to be missing, still not having existed in the visible past. The headline as it was given in Bangla or the report as it was printed in Bangla newspapers that time suggests that a correct translation would be ‘In search of lost words.’

It was a campaign that a multinational company launched as a marketing ploy on the occasion of Ekushey February, Shahid Dibas or Martyrs’ Day, which has now become globally known as International Mother Language Day after a 1999 UNSECO endorsement. The campaign aimed at creating, as the report says, awareness of the issue that many Bangla words that once used to enrich the language have gone missing and at encouraging people to help to make them popular again. The news got in print in other newspapers and went online in news portals. The money that plays behind the adverts matters.

Another report that came in print in the second week of May says that the company received 5,500 entries of ‘missing’ or lost words, which even included ‘samichin’ (appropriate), ‘samprikta’ (related) and ‘balkhilya’ (childish), that could by no stretch of imagination be classified as being lost. The company, in a release, claims to have filtered out 336 words that could be classified as having fallen into disuse. About a year later, the High Court issued a rule on the ‘weird use’ of the words after the company had started printing the words considered lost — such as ‘jatil’, originally meaning ‘complex’ but purported to mean ‘fabulous’, ‘charam’, meaning ‘extreme’ but with a purported meaning of ‘superb’ or ‘dhila’, meaning ‘loose’ but purported to mean  ‘lazy’ — on the labels of soft drink bottles that it marketed and it still does.

Another news item of lexicographical import has recently done the rounds on social media, especially after a newspaper or two reported that the word ‘achchha’ has made it to the Oxford Advanced Learner’s Dictionary. The report that mentions that it was the 10th edition of the dictionary has termed the entry to be ‘“deshi” or Indian English word’. The other report that names only the title of the dictionary claiming it to be ‘the largest English-language dictionary from Oxford University Press’, has called the entry a Bangla word.

The OALD, or the Oxford Advanced Learner’s Dictionary, was earlier known as the OALDCE, or the Oxford Advanced Learner’s Dictionary of Current English, that was first published as the Idiomatic and Syntactic Dictionary, edited by Albert Sydney Hornby, in Japan in 1942. The CE, with a preceding ‘of’, was dispensed with since the dictionary’s 1989 fourth edition. The 10th edition was published early this year. But the OALD is by no means the largest English dictionary from the Oxford University Press. The largest English dictionary off the Oxford University Press is the Oxford English Dictionary, or OED, the principal historical dictionary of the English language, with the 1989 second edition spanning 21,728 pages in 20 volumes. The third edition of the dictionary, still being worked on and timed for a 2037 completion, is unlikely to get in print ever.

The word ‘achchha’, along with some other words of Indian origin, in effect, got in print in the 10th OALD edition. The word earned its place in the Oxford English Dictionary in September 2017, keeping to the quarterly update available on the dictionary site, which lists the word with the classification of ‘int.’ Lexico, the software that interfaces the dictionary database with humans online, has the word spelt as ‘achcha’ as the principal entry, with a variant spelling of ‘accha’, with two senses — (1) used to express agreement or understanding: ‘I said, “Achcha, let us go”’; and (2) used to express an emotion such as surprise, doubt, joy, etc: ‘achcha, achcha, this place is so beautiful.’ Lexico lists the word of being Punjabi origin, which means ‘good.’

The OALD has the tag of ‘Indian English, informal’ and lists two senses — (1) used to show that the speaker agrees with, accepts, understands, etc something: ‘Achcha! We’ll meet at eight’; and (2) used to express surprise, happiness, etc: ‘She’s going to marry the Minister’s son.’ ‘Achcha, is that so?’ The dictionary gives its pronunciation in phonemic symbols that could be explained with the ‘at’-vowel, followed by the ‘church’-consonant and ending in the ‘art’-vowel. This is the British pronunciation. The North American pronunciation begins with the ‘art’-vowel, followed by the ‘church’-consonant, and ends in the ‘art’-vowel again. In both the cases, the primary stress is on the first syllable.

The word also earned its place this December in the Cambridge International Dictionary of English, which is an equivalent of the OALD, spelling as ‘accha’, exclamation, with the variant spelling of ‘achha’ and the tag of ‘Indian English’. The dictionary site gives two senses — (1) used for showing that you agree with something or understand something: ‘Accha, that’s good, Go ahead!’; and (2) used for showing surprise or happiness: ‘I managed to buy it for half the price.’ ‘Accha!’ The Cambridge dictionary, however, gives the Oxford UK pronunciation as both the UK and North American pronunciations, with the stress on the first syllable.

The word has its origin in Sanskrit — the word ‘accha’ which could, according to Monier Monier-Williams, mean ‘not shaded’, ‘not dark, pellucid’, ‘transparent’ and ‘clear’, or even ‘crystal’. It is frequent in many Indic languages, primarily in Hindi and Urdu, the Hindustani language that is divided by two scripts, as much in Bangla, with shades of meanings that the English dictionaries have decided not to take note of.

The word as used in Indic languages can have several senses depending on the punctuation mark, in writing, and intonation, in its spoken form. The most prominent meaning of the word in Hindustani, which is as good as the English word ‘good’, is absent from the Bangla language. In Hindustani, ‘yeh kitab achcha hai’ means ‘the book is good.’ But this is the literal meaning of the word.

The word pronounced almost with no intonation, singly or in a quick succession, in Bangla means agreement — ‘Meet me tomorrow morning.’ ‘Achchha’ and an assuring agreement, ‘Achchha, Achchha’. The word spoken this way could also mean acknowledgement, usually repeated in a conversation like a filler — ‘I went to the library.’ ‘Achchha.’ ‘Then I bought a book.’