Virtual idols take to the real-life stage in China 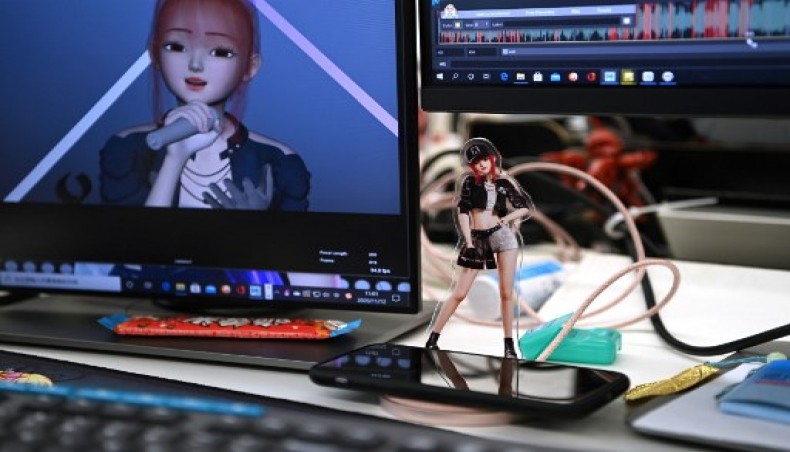 This photo taken on November 12, 2020 shows a cutout of virtual idol Amy on the desk of an animator at the Beijing Mizhi Tech offices in Beijing. Although the virtual idol concept originated in Japan, these digital avatars are now stealing airtime in China, where they appear on TV shows, billboards and even news programmes.- AFP photo

Liu Jun has long been a fan of a Chinese star called Amy, a teenage pop singer with red hair whose autograph he treasures -- and who only exists in the digital world.

On Saturday ‘Amy’ won a breakthrough virtual talent show in China, where computer-generated entertainers perform in front of real-life judges and tens of millions of online viewers.

‘You can't see what they are like in real life, so you can have more fantasies about them,’ said 28-year-old Liu, who has attended more than ten of Amy's concerts and fan events in recent years.

‘The virtual idol is indestructible -- as long as the image is still there, she can stay in your heart forever,’ he added.

Amy found fame on ‘Dimension Nova’, which claims to be the world's first talent show bringing together digital performers to dance and sing in front of three -- real-life -- celebrity judges.

But Liu has followed Amy's career from the start and said he cried when he saw her on the talent show, feeling the performer would finally get the bigger platform she deserved.

At one of Amy's fan events, Liu and other fans talked with her through a two-metre high screen, and a printer attached to the screen gave him her ‘signature’.

Although the virtual idol concept originated in Japan, these digital avatars are now stealing airtime in China, where they appear on TV shows, billboards and even news programmes.

‘The idea of making this talent show is to let everyone know that virtual idols can show up in our real world now,’ the show's executive producer Liu Jiachao told AFP.

- Making stars -
The virtual stars in the show are created by a mixture of computer animation and actors -- Amy's clothes, hairstyle and appearance are created by animators, before her human actor takes on everything else.

Real-time motion capture and rendering technology mean as the human moves it is reflected by the on-screen idol. To prepare for Amy's performances, the actor had to take extra dance training.

But creators avoid all mention of the existence of the actor behind the idol.

‘Our logic is that every virtual idol has a real soul,’ said Beijing Mizhi Tech chief executive Liu Yong, whose firm created Amy.

‘They have their own personality, characteristics and preferences... they really exist in this world,’ he told AFP.

Instead of showing the actor, the show runs footage of animators anxiously waiting backstage, as if they were the performer's family.

‘I see Amy as my daughter,’ said 26-year-old Xu Xingmei, the animator in charge of designing Amy's expressions and motions.

‘When I saw Amy show up on the stage, I felt that my daughter had finally grown up.’

Amy belongs to a booming virtual idol industry that is expected to be worth 1.5 billion yuan ($230 million) within the next two years, according to Beijing-based market researcher Newsijie.

Video-sharing website Bilibili reported a 200 percent increase in viewing hours of its virtual idol live streaming channels in the first ten months of this year.

Some experts worry that if too many companies pile in on the market the quality could suffer.

‘If you really want to join (the industry), you need money, technology and perseverance,’ said Cao Pu, chief executive of Shanghai Henian Technology, which created one of China's most successful virtual idols.

Since virtual idols live and die through the strength of their technology, the risk of embarrassing technical failures is high.

In one awkward show appearance, only Amy's cap appeared onstage.

Other performers have disintegrated mid-appearance after technical breakdowns -- including one contestant who froze when he tried to teach the judges kung fu.

‘It's so embarrassing that I don't think it's fit for humans to watch,’ complained one viewer on social media.

But the show's creators have batted away criticism.

‘Many viewers who have followed our show from the beginning will find that there has been a great improvement in our technology,’ said Liu, the producer.

‘Controversy is inevitable when new things come out.’