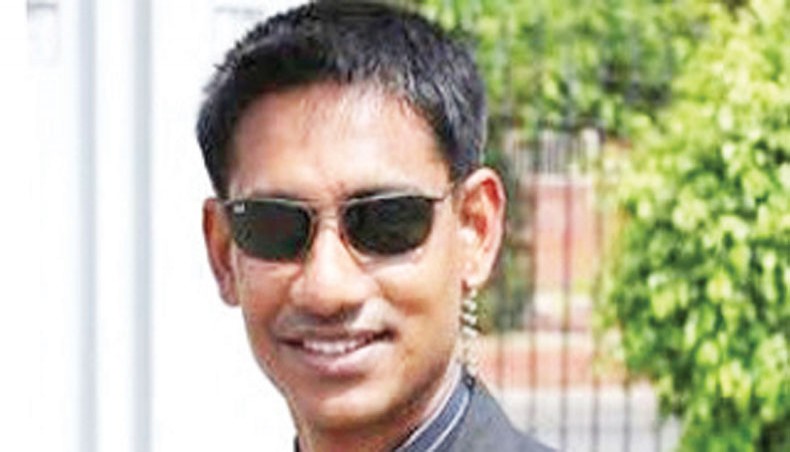 A court in Cox’s Bazar on Monday issued an arrest warrant against the then Teknaf police station assistant subinspector Sagar Dev, accepting the charge sheet in the case over the killing of retired army major Sinha Md Rashed Khan in the district in July.

The district court public prosecutor Faridul Alam said that the court was yet to set the date for the next proceedings.

The 26-page charge sheet that named a total of 83 prosecution witnesses was submitted to the court on December 13 by RAB-15 senior assistant superintendent Khairul Islam, who led the investigation.

Of them, Sagar Dev remains absconding while the rest are in jail in Cox’s Bazar and Chattogram.  All the policemen were suspended following their arrest.

Sinha, 36, who took early retirement from the Bangladesh Army in November 2018, was shot dead at a police checkpoint on the Cox’s Bazar–Teknaf Marine Drive at Shamlapur on July 31.

Sinha’s sister Sharmin on August 5 filed the complaint with the Cox’s Bazar court, accusing nine policemen of the killing.

The court ordered the Teknaf police station to record the complaint as a murder case.

The prosecutor, Faridul, said that two more cases filed by the police against Shahidul Islam Shefat and two other members of Sinha’s team in Cox’s Bazar, were discharged by the court as the RAB investigators submitted the final reports in the cases.

Sinha’s assistant Shipra Debnath and Shefat were arrested in three cases filed with the Teknaf and Ramu police stations.

About the case against Shipra, the prosecutor said that the court would finalise its decision on December 24.