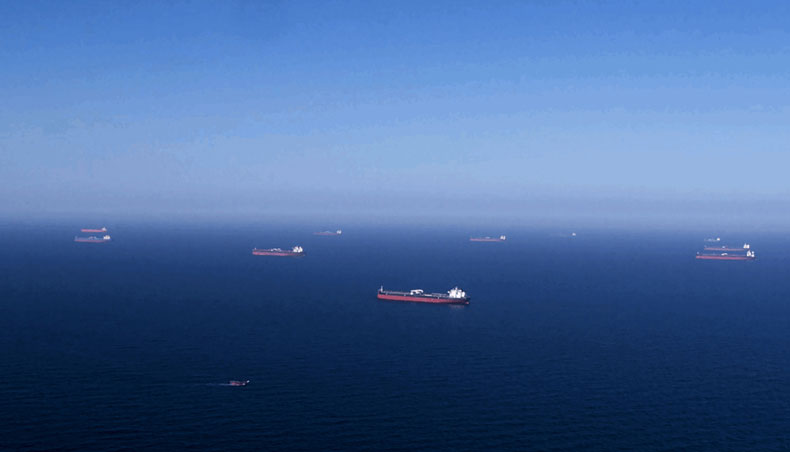 In this hand-out file picture provided by the Saudi Arabian Oil Company on April 1, 2020 Aramco tankers are pictured being loaded with oil at an undisclosed sea location. — AFP photo

Saudi Arabia and Russia on Saturday said that they backed each other ahead of a key OPEC+ oil summit, following a tumultuous year of differences over oil production and volatile prices.

Earlier this month, the 13-member Organisation of the Petroleum Exporting Countries, plus allies including Russia — a group known as OPEC+ — said that from January 2021 they would raise production by 500,000 barrels per day.

‘That’s why it should be perpetuated,’ he told reporters in a broadcast on state-run Al Ekhbariya TV.

‘We plan to work together in order to achieve a balanced situation and to propose solutions aimed at stabilising the market,’ Novak said.

OPEC+ will hold an online summit on January 4, while Riyadh and Moscow are due to hold talks in March, a meeting hoped to be ‘in person’, Prince Abdulaziz said.

At the start of the year, a price war had pitted Saudi Arabia against Russia, the third and second largest oil producers respectively, as the oil market was hit hard by the COVID-19 pandemic.

But faced with Moscow’s refusal to reduce production in line with OPEC cuts, Riyadh had sharply increased its own, causing prices to plummet.

Earlier this month, the OPEC+ group struck a deal to increase production over coming months.