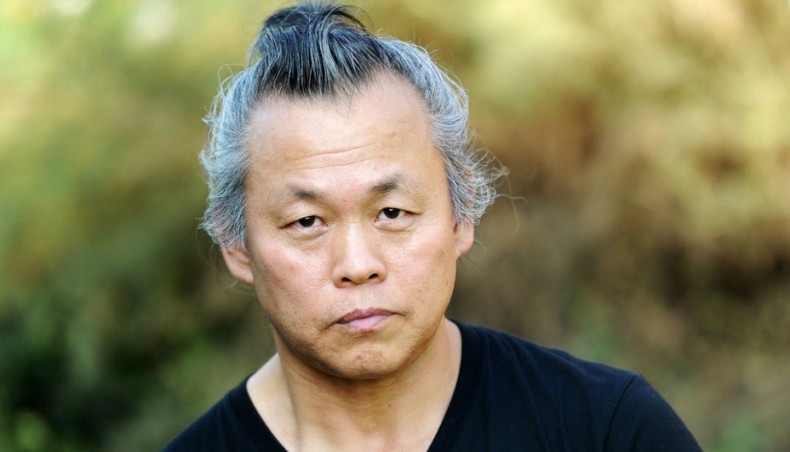 It is always death that can present a person’s life in front of us as a complete book where all the karmas that person had done are written. It is a great time to celebrate one of the greatest karmas Kim Ki-duk has left for us, to feed our senses, to appease our souls, Md Mashiur Rahaman writes to mark the death of the Korean film director Kim ki-duk

How many words does someone need to express an idea? It depends, right? And does silence really have the power to render more meaning than words sometimes? Philosophers and wise ones always suggested that, yes, silence is more powerful than words. But for me, before watching Spring, Summer, Fall, Winter… and Spring there was so little evidence in my experience to validate this proposition. After watching the movie directed by Kim Ki-duk, recently who has been claimed by the COVID-19, I have become sure that silence can be packed, sometimes jam-packed with meaning, that the person who is experiencing that silence could sometimes be confused about the fact that s/he is actually experiencing silence.

Those of us who have been living in an urban setting for a long time have actually forgotten how it feels like just to sit quietly and listen to the birds, crickets, leaves, falls — nature. In Bangladesh, we proudly say that we have six seasons. But how many seasons we actually experience when we are living in a jungle of concrete? The most dominant season here is probably the summer — as be it winter, or monsoon, or fall, or spring — we mostly wear the same kind of clothes, and live and work in the same temperature (not to mention if we are privileged enough to do so).

In our life, which is the life of the privileged, therefore, the season is also somewhat constant, literally and metaphorically. Akhtaruzzaman Elias once wrote in one of his short stories that the city is pleasantly monotonous. To break the monotony, though we might sometimes go to nature and try to take some photos of us in the serene with so much cacophony of urban standards and desires in our minds, but alas, most of the times we cannot gather the courage to leave the concrete-jungle and urban cacophony and start living in nature.

The movie, of which this review is actually about, depicts the kind of life which savors nature to the fullest, the life which actually ‘lives’ the nature. The readers of this review might get a message that the movie we are dealing with is primarily concerned about the nature. But no, the movie is not about nature, it is about life, the life of humans which belongs to the nature. It is said that humans have long been secluded themselves from the nature and transformed themselves as a cultural being. They have developed a complex system comprising of law and order, formal education system and industrially produced medicine.

The movie does not contrast nature with culture, rather shows how a culture has been long developed and practiced which refused to leave nature. It shows how it is possible to live a cultural life that does contrast nature, which has its own order, and own pearls of wisdom that covers all aspects of life.

The philosophy which guided this culture is Buddhism. The title of the movie actually connotes one of the most important ideas of Buddhist philosophy: the cycle of life. In the cycle of life, first comes spring which is childhood, then comes summer which is adolescence, then comes fall which is youth, then winter which is middle towards old age, and in the meantime, life produces new lives to start the cycle again from spring. The movie is actually divided into these five chapters: spring, summer, fall, winter, and …and spring. Three little dots before the second spring suggest the continuation of the process.

Another thing the movie deals with is the idea of Karma. It means we must face the consequences of our deeds. The movie shows how Karma in one segment of life that determines how the next segment will look like. It might not be true for every instance, but in the movie, the idea is presented powerfully.

The powerfulness of the images in the movie has other dimensions as well. There are scenes that might make the audience stunned. There are scenes that are magical, but not exploiting fantasy, rather suggesting how powerful the mind can be. This gives the movie an extraordinary dimension, as it deals with a certain religious philosophy and at the same time does not exceed the limits of reality. Some incidents shown in the movie might not be really possible by average movie directors, but Kim Ki-duk had successfully established the smooth relationship of those elements with the core of the film.

Spring, Summer, Fall, Winter …and Spring is Kim Ki-duk’s one of the most critically acclaimed movies. The movie is highly rated on IMDb, Rotten Tomatoes, and other movie reviewing websites. It is considered by the critics as one of the classics among the South Korean films. The movie is a business success as well, as it has made USD 9.3 million in the box office.

There are only seven people who starred in this movie, and one of them is Kim Ki-duk himself. The other characters are played by Oh Yeong-su, Kim Young-min, Seo Jae-kyung, Park Ji-a, Ha Yeo-jin and Kim Jong-ho.

I would conclude by suggesting that we should watch the movie to feel ourselves once again as part of nature. We should watch the movie to learn how intense and beautiful silence can be. And after the demise of Kim Ki-duk, it might be high time to revisit his works again. It is always death that fulfills the cycle of life. It is always death that can present a person’s life in front of us as a complete book where all the karmas that person had done are written. It is a great time to celebrate one of the greatest karmas Kim Ki-duk has left for us, to feed our senses, to appease our souls, especially when we all are feeling that mother nature is taking revenge as we have forgotten her and done so many wrongs to her.

May all lives living in this world be content. Rest in peace, Kim.