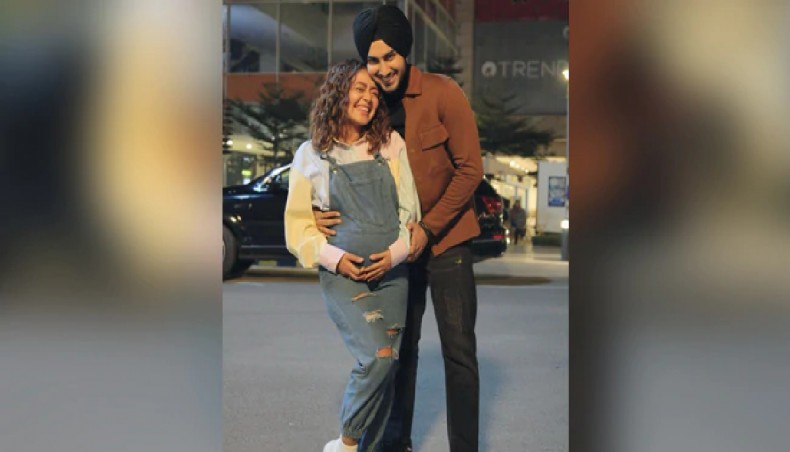 Less than two months after her fairytale marriage with Punjabi actor-singer Rohanpreet, Bollywood singer Neha Kakkar has announced her pregnancy by posting a picture with a baby bump on social media.

In her Instagram post on Friday, 32-year-old Neha wrote, ‘#KhyaalRakhyaKar,’ and also posed with husband Rohanpreet. ‘Now I’ll have to take extra care of you,’ Rohanpreet wrote in the comments section. And the posts topped the trends' list.

The couple tied the knot in Delhi in October, after meeting on the sets of a music video. They later hosted a reception at Rohanpreet's hometown in the northern city of Chandigarh, some 250 kms from the national capital. They went to Dubai for their honeymoon.

A popular name in Bollywood, Neha began performing at religious events at the age of four and participated in the second season of the singing reality show, Indian Idol. She made her Bollywood debut as a chorus singer in the film 'Meerabai Not Out'.

The singer hogged limelight upon the release of the dance track 'Second Hand Jawani' from Cocktail, which was followed by several other popular party songs, including 'Sunny Sunny' from Yaariyan and 'London Thumakda' from the blockbuster 'Queen'.

In 2019, Neha was listed among the most viewed female artists on Youtube with 4.2 billion views. And in December 2020, she appeared in the list of Asia's 100 Digital Stars by 'Forbes' magazine.