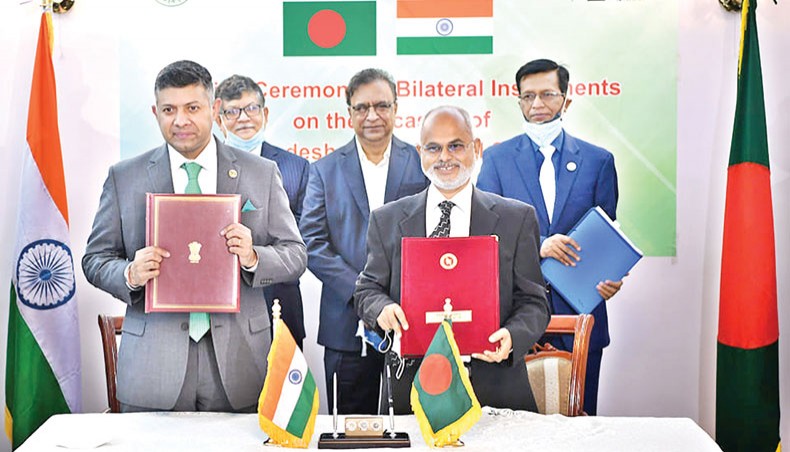 Bangladeshi and Indian officials pose for a photo after signing a MoU between Father of the Nation Bangabandhu Sheikh Mujibur Rahman Memorial Museum, Dhaka and National Museum, New Delhi, in Dhaka on Thursday. – Press release

The museums will share knowledge regarding the conservation of fabrics, curation of exhibits and training under the agreement that eyes an expansion of the existing cultural cooperation between the two countries.