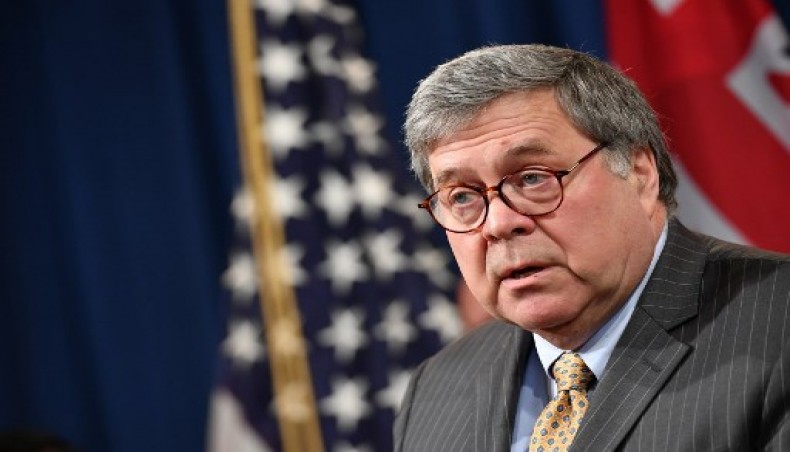 In this file photo taken on March 5, 2020 US attorney general Bill Barr announces measures against online sexual exploitation during a press conference at the department of justice in Washington,DC. -- AFP photo

President Donald Trump on Monday announced that attorney general Bill Barr, who angered him by contradicting his claims of having been the victim of mass fraud in the US election, is leaving office.

‘Just had a very nice meeting with attorney general Bill Barr at the White House,’ Trump, who is set to step down after losing the November 3 election, tweeted.

‘Our relationship has been a very good one Bill will be leaving just before Christmas to spend the holidays with his family.’

A senior White House official said ‘Barr resigned on his own accord. He wasn’t pushed out or forced to resign. It was a very amicable meeting.’

Barr, Trump’s second attorney general, was heavily criticised by Democrats for what they said was his unethical behavior to shield Trump during a probe by special counsel Robert Mueller into the president’s Russia connections.

However, Barr angered Trump around the time of the presidential election for failing, in the eyes of the president, to use the justice department to help his campaign or to back up Trump’s claims of fraud.

Trump had long hoped that a justice department investigation into the allegedly political roots of the Russia probe would help him damage his Democratic opponent Joe Biden before Election Day.

When Barr made clear that nothing of the sort was forthcoming, Trump fumed publicly that he would be ‘very disappointed.’

He became angry with Barr again after the election, which Trump has sought to overturn, claiming without evidence that Biden only won because of fraud.

Barr told The Associated Press that ‘we have not seen fraud on a scale that could have effected a different outcome in the election’ — an assessment that put a gaping hole in Trump’s still ongoing disinformation campaign.

Trump has also fumed over the revelation that the justice department decided not to make public in the run-up to the election an investigation it is conducting into the business dealings of Biden’s son Hunter Biden.

Again, Trump had been hoping for Barr to supply damaging news to help him win a second term.

Trump announced that deputy attorney general Jeff Rosen, ‘an outstanding person,’ will take over Barr’s job in an acting capacity.

Trump, who is set to leave office on January 20, already fired an attorney general, Jeff Sessions, in 2018.

In that case, Sessions had angered Trump by recusing himself in the Russia investigation, leading to the appointment of Mueller.