OC Pradeep, Liyakat, 13 others to be named as accused 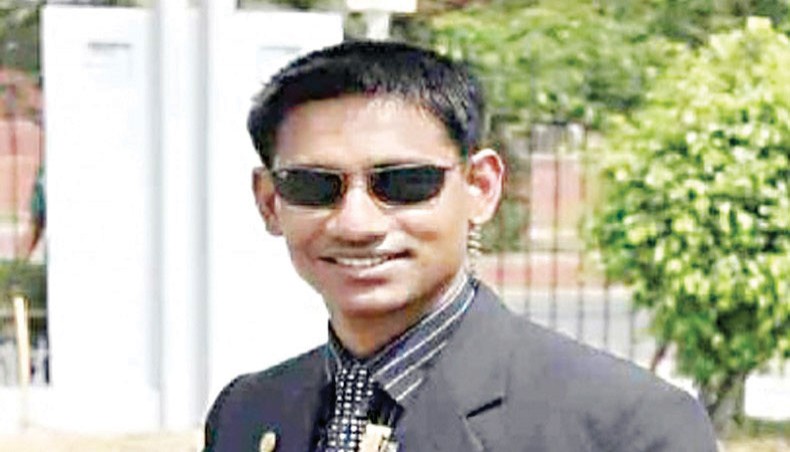 The Rapid Action Battalion investigator is scheduled to submit today (Sunday) the charge sheet against 15 suspects in the case over the killing of retired army major Sinha Md Rashed Khan in Cox’s Bazar over four months ago.

Siha , 36, who took early retirement from the Bangladesh Army in November 2018, was shot dead at a police checkpoint on Cox’s Bazar–Teknaf Marine Drive at Shamlapur on July 31.

The RAB investigator has finalised the names of 80 prosecution witnesses, including six persons who made statements before the Chief Judicial Magistrate Court under Section 164 of the Code of Criminal Procedure, RAB unit-15 officials said.

They said that they would submit the charge sheet showing one of the 15 suspects, Sagar Dev, absconding, while the rest were in jail in Cox’s Bazar and Chattogram.

Senior assistant superintendent Khairul Islam, of RAB-15, who led the investigation, on Saturday told New Age that they had completed their work and was set to submit the charge sheet today.

In September several RAB officials said that they would be able to submit the charge sheet by October.

The Sinha shooting incident triggered protests in many quarters, with the number of so-call gunfights plummeting since August.

While the case investigation was going on, the police headquarters replaced all the police officers and members from the Cox’s Bazar district.

Pradeep and Liyakat were arrested after they surrendered to the court on August 6 along with four other colleagues in connection with the case.

The RAB investigation team has eventually arrested 14 suspects, including 11 policemen, of whom three witnessed the shooting incident, and three civilians.

All the police members were suspended from their jobs over the killing.

Rubel Sharma, 30, a police constable who served under suspended Teknaf OC Pradeep, was arrested on September 13 following an interrogation.

Rubel was with Pradeep when he reached the spot about half an hour after the retired major was shot dead  by Baharchhara police investigation centre in-charge Liyakat Ali at the checkpoint.

Senior RAB officials said that they were looking for another police constable named Sagar Dev of the Teknaf police station, who went into ‘hiding’ after he was transferred to Bagerhat.

Of the 15 suspects, nine policemen, including prime accused Liyakat, and three civilians have made statements under Section 164 before the court.

Both Liyakat and Pradeep alleged that they had been tortured in custody to make statements but investigators dismissed the allegation saying that suspects resorted to false information in order to escape justice.

Pradeep and his ‘trusted’ constable Rubel did not make statements under Section 164.

Pradeep was transferred to Chattogram on September 12.

Sinha’s sister Sharmin reserved her comment on the progress in the case until the charge sheet was submitted.

‘Let them submit the charge sheet first,’ she said.