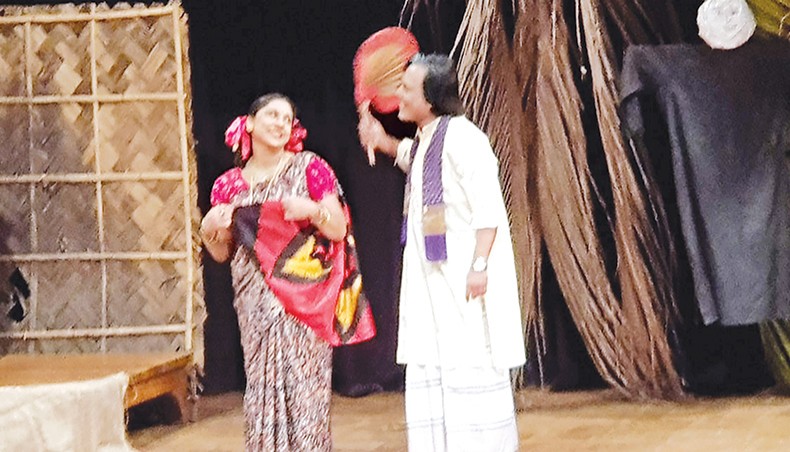 Besides, the troupe honoured thespians and paid tribute to theatre activists who died this year.

The play Sea Morog has been written by Asadullah Farazi and directed by Humayun Kabir Himu.

Sea Morog is a comedy that highlights problems typically associated with the rural areas including superstition and lack of education. The story revolves around an influential person of a village named Badal Sarkar, who one day finds a rooster that appears to bring good luck.

‘We celebrate our founding anniversary organising a theatre festival every year but this year we celebrated the occasion on a small scale due to the COVID-19 crisis. We staged the 286th show of Sea Morog and felicitated theatre activists marking the occasion,’ Khonder Shah Alam, chief of the troupe, told New Age.