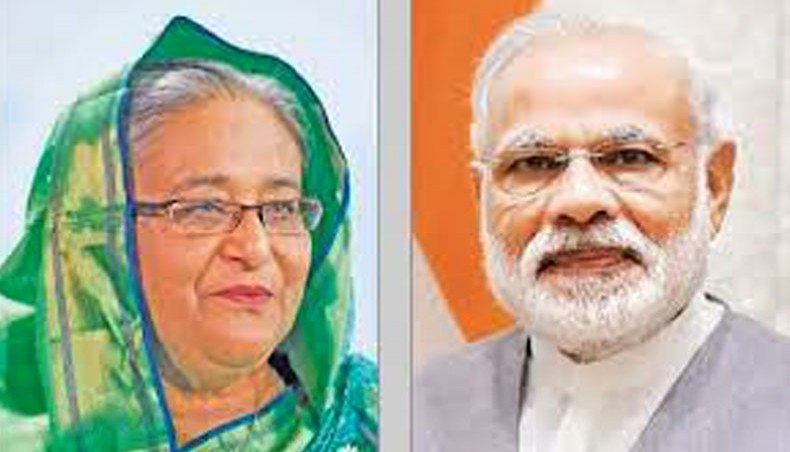 Bangladesh and India are likely to sign at least four instruments, including one on setting a framework for cooperation in the hydrocarbon sector, during a virtual summit of the prime ministers of the two countries on Thursday.

Prime minister Sheikh Hasina would lead the Bangladesh delegation in the talks from her official residence Ganabhaban at about 11:00am on Thursday.  Her Indian counterpart Narendra Modi is set to lead the Indian delegation in the meeting virtually from New Delhi.

‘There is a possibility of signing a memorandum of understanding on a framework for cooperation in the hydrocarbon sector,’ state minister for power, energy and mineral resources  Nasrul Hamid told New Age on Thursday.

A deal is likely to be finalised by Monday with provisions for human resource development in the hydrocarbon sector incorporating scopes for capacity building, for example, training, etcetera, he said.

Provisions for holding joint study and technology transfer are likely to be part of the agreement, said an official.

When asked about the possibility of incorporating provisions for hydrocarbon exploration in Bangladesh, the state minister said, ‘The provision of exploration is not part of this agreement.’

‘The water issues would come up in the talks but signing of agreements on the matter is highly unlikely this time,’ a senior Bangladesh official said on Friday evening.

India had unilaterally and indefinitely postponed the signing of an agreement on the sharing of Teesta water citing domestic reasons in September 2011, hours before the arrival of the then prime minister Manmohan Singh, in spite of agreeing to a draft for sharing water on 50:50 basis after keeping 20 per cent as natural flow for the river at a ministerial-level meeting of the Joint Rivers Commission in 2010.

The two sides have also been engaged in protracted negotiations on a framework for various aspects of the sharing water of seven other common rivers — Feni, Manu, Muhuri, Khowai, Gumti, Dharla and Dudhkumar.

During prime minister Sheikh Hasina’s visit to New Delhi in 2019, the Bangladesh government has, however, signed a memorandum of understanding allowing India to withdraw 1.82 cusec of water from the River Feni for supplying drinking water to the people of Sabroom town of Tripura as an interim measure.

In the talks on Thursday, the Bangladesh side is also expected to focus on removing tariff and non-tariff barriers on export to its next-door neighbour and the improvement of border management with the implementation of decisions made at the highest level to stop border killing, among others, officials in Dhaka and New Delhi said.

India is likely to focus on expeditious implementation of the projects and decisions under the lines of credits, defence cooperation and a permanent mechanism for the withdrawal of more water than the agreed 1.82 cusec limit from the River Feni, officials said.

The two governments have so far finalised the drafts for signing two memorandums of understanding, one on the trans-boundary conservation of elephants and the other on a sewage treatment plant in Barisal.

The two sides were also working on drafts of several other instruments on high impact community development projects, cooperation among the staff colleges of the armed forces, museums and national cadet corps of the two countries.

The two prime ministers are also set to reopen a rail route connecting Halidari in West Bengal of India and Chilahati under Nilphamari district of Bangladesh after a gap of 55 years, officials said.

This rail link was snapped during the war in 1965 between India and the then East Pakistan.

Narendra Modi was scheduled to visit Bangladesh on March 17, but the tour was postponed amid the spread of the COVID-19 pandemic.

India is yet to implement the decisions agreed on by two successive prime ministers Manmohan Singh and Narendra Modi in summit-level meetings in 2011, 2015, 2017 and 2019 to stop killing along the border by its Border Security Force.