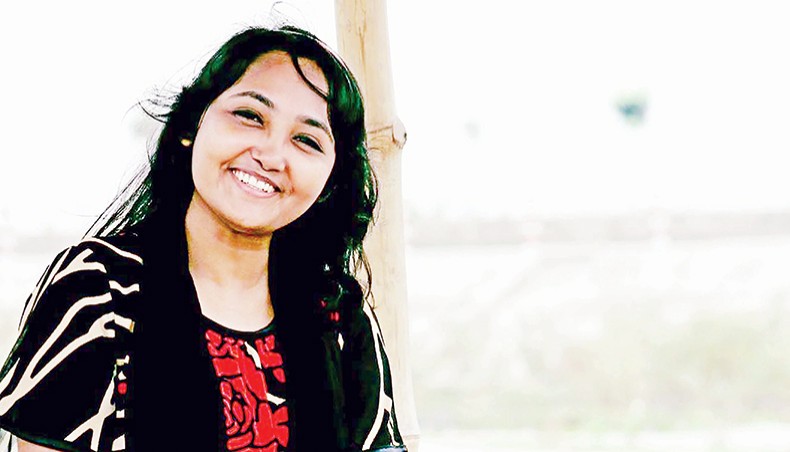 The work, which will be published under the banner of Boibhob Prakashani, will contain a total of 56 poems.

Her upcoming work Jalpai Bishad Payra will give the readers a glimpse into human emotions.

‘Jalpai Bishad Payra will contain fifty six poems depicting human emotions. I have used the white dove, which is called the messenger of peace, metaphorically. However, it also feels emotions like sorrow and sadness. The poems will give readers a glimpse into the pain of death, separation, exploitation of people and others,’ Tasnuva told New Age.

Readers can pre-order the book on the website of Boibhob Prakashani.

She also shared her concern over the upcoming book fair scheduled to be held in February on Bangla Academy premises.

‘As the COVID-19 situation in Bangladesh has not improved, we are still uncertain about the upcoming book fair. Publishing houses can sell their books on online platforms or at virtual book fair,’ pointed out Tasnuva Orin, who also shared her future plans.

‘I am looking forward to publishing another collection of poems after Jalpai Bishad Payra. I am also working on a novel,’ she ended.