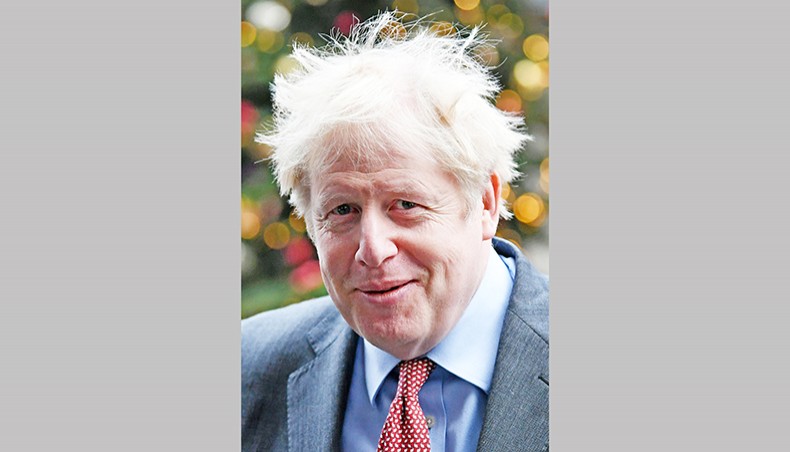 Prime minister Boris Johnson said on Tuesday that Britain and the European Union remain far apart, as he prepares to head to Brussels to try to salvage a post-Brexit trade deal.

‘I am always hopeful, but I have to be honest with you, the situation at the moment is tricky,’ he said, touring a hospital in London for Britain’s historic rollout of a coronavirus vaccine.

‘Our friends have to understand the UK has left the EU to exercise democratic control. We are a long way apart still,’ he said, ahead of face-to-face talks with EU commission chief Ursula von der Leyen.

‘It is looking very difficult at the moment. We will do our level best. I would say to everybody there’s great options ahead for our country.’

After the negotiating teams’ latest session in Brussels  —  and with just over three weeks until Britain leaves the EU’s single market — Johnson held a phone call with von der Leyen late Monday and secured an invitation to head over in person.

‘We agreed that the conditions for finalising an agreement are not there due to the remaining significant differences on three critical issues: level playing field, governance and fisheries,’ the pair said in a joint statement.

‘We asked our chief negotiators and their teams to prepare an overview of the remaining differences to be discussed in a physical meeting in Brussels in the coming days.’

It was not immediately clear whether Johnson’s visit would be a separate event, or whether he might be slotted in before an EU summit on Thursday, with the other 27 EU leaders meeting in person.

The announcement of Johnson’s trip came after a pessimistic day of talks, during which EU negotiator Michel Barnier told sceptical members of the European Parliament that Wednesday was the effective deadline for a solution ahead of the summit.

Barnier and UK counterpart David Frost were due to hold another session Tuesday in Brussels, to review their progress and draw up a report for their leaders.

‘We want to reach a deal, but not at any price. What we need is political will in London.

‘Let me be very clear: our future relationship is based on trust and confidence. It is precisely this confidence which is at stake in our negotiations right now.’

In one olive branch, the UK government said it was ready to revoke clauses in Brexit legislation that have provoked legal action by the EU and undermined trust in London.

However, it kept the clauses intact as a ‘fall-back option’ when the Internal Market Bill returned to debate in the House of Commons on Monday.

MPs voted to keep them in the text, rejecting a bid by the upper House of Lords to excise them.

Britain left the EU on January 31 and entered a transition period to allow negotiations to establish a trade relationship with zero tariffs and zero quotas.

Sources agree the hardest issue has been how to guarantee fair trade in future ties and establish a quick penalty mechanism if either side were to backtrack on, for example, environmental or health standards.

The EU fears Britain slashing its regulations, which could allow its companies to undercut European firms.

But Britain is very reluctant to accept a broad and binding arrangement, seeing it as an infringement of its new-found sovereignty after 47 years of European integration.

Johnson boasts Britain will thrive whatever the outcome of the talks and has rejected asking for a longer transition, or to prolong the negotiations into next year.

‘There may come a moment when we have to acknowledge that it’s time to draw stumps,’ he said Tuesday, using a cricket analogy meaning to declare play is over and abandon the talks.

‘But you know, we will prosper mightily’ either way.