Independent artists fill in the gap of pandemic-hit Bollywood 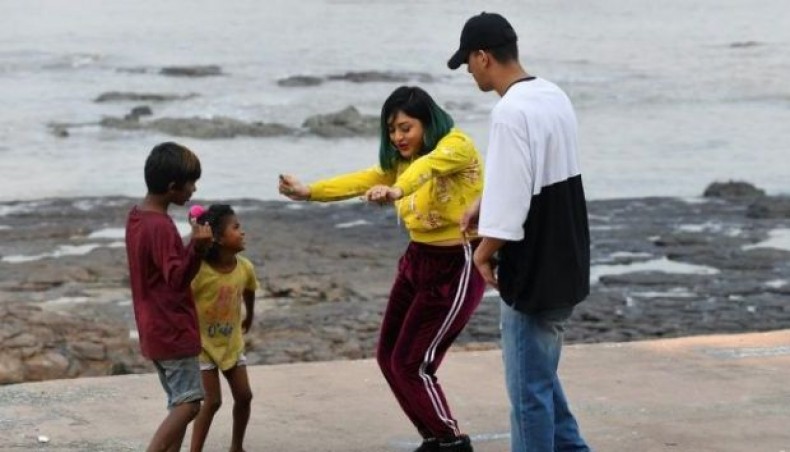 Hip-hop artist Palak Parnoor Kaur is just one of a number of independent Indian musicians seeing their fanbase soar amid the pandemic. — AFP photo

Bollywood movie songs normally dominate India’s music charts. But when the coronavirus pandemic put paid to new film releases, it created a huge opportunity for independent musicians to make a name for themselves — sometimes from their bedrooms.

Singer Carlton Braganza saw his popularity skyrocket when the country went into lockdown in March, and his phone is now ringing almost non-stop with offers from agents.

For more than three months, the 48-year-old spent nights performing for an online audience from his small bedroom, gaining tens of thousands of new fans in the process.

He has clocked up to 1.5 million views on Facebook, with around 125 online shows under his belt.

His free performances are now paying off, with private bookings and venues lining up as India loosens restrictions.

Experienced musicians like Braganza are not the only ones profiting from the unexpected pandemic-induced vacuum in India’s entertainment calendar.

Hip-hop artist Palak Parnoor Kaur, who has used a small GoPro to shoot videos inside rickshaws and buses under the moniker ‘Lil Malai’ (‘Lil Cream’) since 2018, has also seen an uptick in online followers.

Her videos focusing on India’s millennials and the issues that trouble them struck a chord with young audiences on Instagram and YouTube, with fans praising her for tackling difficult subjects like gender violence.

‘Independent artists fill the empty spot created by Bollywood music with original and organic content that audiences can relate to. Now they are more aware of our existence’, the Mumbai-based Kaur told AFP.

Data from audio streaming platform JioSaavn reveals the sea change that has taken place, with their Top 30 weekly chart dominated by non-film music since the lockdown.

Until mid-October, the top five songs streamed in India were all non-film tracks, according to the platform.

The expansion of independent music labels such as the US-based CD Baby and Tunecore into India has made it easier for musicians to release albums online.

But experts caution that it is only a matter of time before Bollywood claws its way back into the spotlight.

‘Once movies start, audiences might just go back to Bollywood music and non-film numbers will tank,’ Priyak Dhar, editor of MusicPlus.com, told AFP.

‘Although artists have started online concerts, most of them are free,’ Churamani told AFP.

‘With coronavirus-led lockdowns, even if artists have views and a huge fan following, there are no offline gigs and hence no revenue.’

But for some, money isn’t the main motivation behind their desire to grab the mic.

The videos, shot on a mobile phone in his village in eastern India, attacked the government for its apathy towards the poor.

‘When the lockdown was imposed, my family almost starved as there was no work or money,’ said the 27-year-old, who raps under the pseudonym ‘Dule Rocker’.

‘I started rapping to channel my anger with the governmental system and everyone responded strongly.’

He has rejected offers from the film industry, telling AFP he refuses ‘to write rap music objectifying women’.

But in a story arc worthy of a Bollywood movie, he is now working on an album for US titan Universal Group Music.

‘I want to bring changes to how society looks at poverty’, he said.