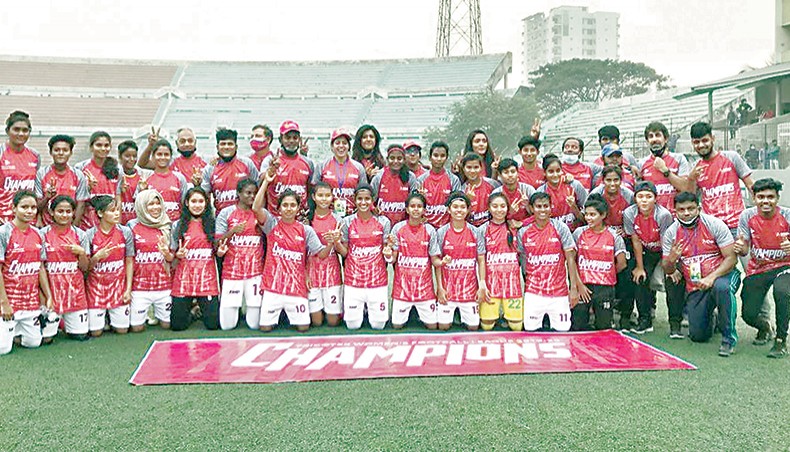 Bashundhara Kings clinched the title of the Bangladesh Women’s Football League in their maiden appearance and with one match to spare after pummeling Jamalpur Kacharipara XI 13-1 at the Bir Shrestha Shaheed Sipahi Mohammad Mostafa Kamal Stadium in Kamalapur on Sunday.

With her five goals, Sabina took her tally of goals in the league to 30 in this season.

Despite her goal-scoring onslaught and team’s success, Sabina was not satisfied with the low level of competition in the league with Kings easily overpowering every other side with their squad consisting 19 national team players.

‘I want to continue my goal scoring spree. But honestly, it would be better if the league was more competitive and added foreign players,’ said Sabina, the top scorer of the league, after the match.

Kings will play their final game on December 9 against FC Uttar Bongo, who are now at fourth place with 16 points from 10 games.

In the day’s other game, Spartan Mk Galactico Sylhet FC  beat Begum Anwara SC by 3-0 goals where midfielder Rukshana Akter scored a brace and another midfielder Bonna Akther scored one for the winners.