They are unwilling to open LCs, exporters at risk 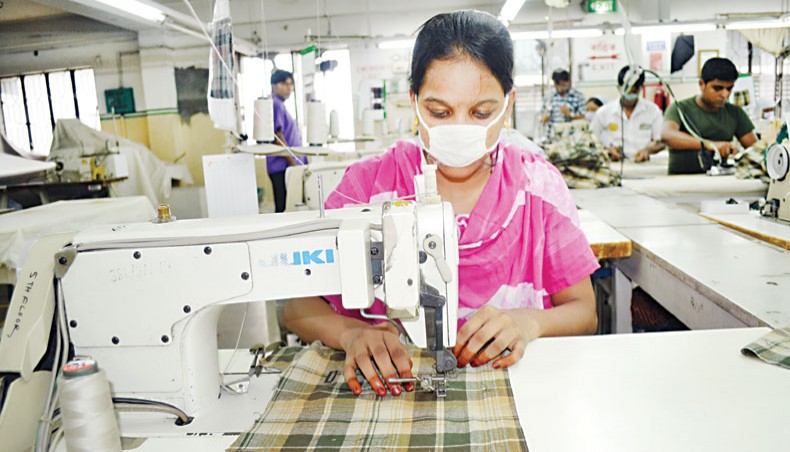 A file photo shows a worker sewing clothes at a readymade garment factory on the outskirts of Dhaka. Most of the global buyers are unwilling to open letters of credit to import readymade garment products from Bangladesh amid the COVID-19 outbreak and are instead resorting to alternative methods that could put Bangladeshi exporters at risk of losing proceeds. — New Age photo

Most of the global buyers are unwilling to open letters of credit to import readymade garment products from Bangladesh amid the COVID-19 outbreak and are instead resorting to alternative methods that could put Bangladeshi exporters at risk of losing proceeds.

The country’s apparel makers said that global buyers were offering businesses an open account method to skip the cost of opening LCs as brands and buyers were adopting cost-cutting measures due to the coronavirus outbreak.

They said that buyers were offering deferred payments whereas they were unwilling to open LCs which was contradictory with the Bangladesh Bank guidelines.

Demanding contractual protection for apparel exporters, Bangladesh Garment Manufacturers and Exporters Association president Rubana Huq recently said that only 44 per cent of the buyers had offered letters of credit.

At present, contracts are very loose with the buyers, she said.

Rubana said that the buyers often wanted flexibility and during the outbreak, loose and insecure trading contracts had contributed to the exporters’ woes.

‘Many of our competing countries want easier trading terms and hence, we have had to accept,’ she said.

Bangladesh Institute of Bank Management professor Md Ahsan Habib said that LC was the best method to secure export proceeds but it was quite expensive.

Buyers might be unwilling to offer LCs to avoid some responsibility towards the suppliers amid the COVID-19 as in the case of an LC, it is binding for the buyer to pay for the shipped goods, he said.

He said that businesses could be run under open accounts but buyers would have to ensure payment through documents.

‘Many of the buyers are not offering LCs but they are offering deferred payments which is contradictory with the BB guidelines,’ Mahmud Hasan Khan Babu told New Age on Sunday.

He said that buyers offered businesses telegraphic transfers instead of LCs as they wanted to cut their business costs due to the COVID-19 outbreak.

Although doing business under open accounts or sales contracts is quite risky, many of the suppliers accepted the proposal to sustain as some of the competing countries accepted the method, he said.

Babu said that shifting business contracts from LC to TT might create risks of losing proceeds from buyers who were not prominent.