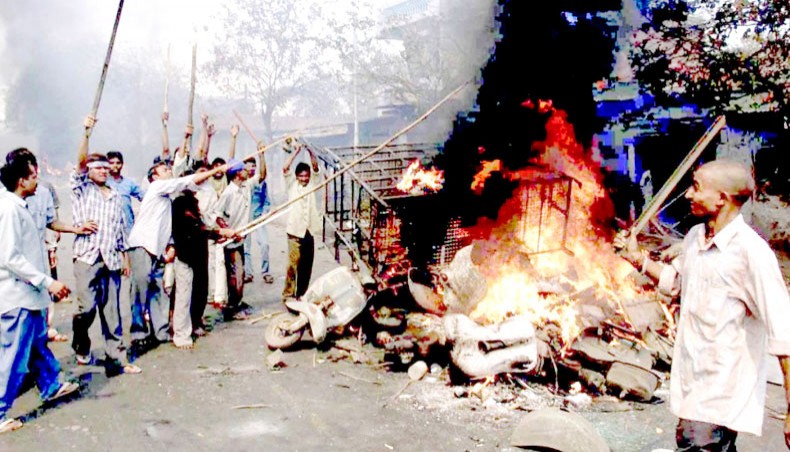 IT IS not fashionable to cite old classics. But if one turns to Roman, Greek and, more so, the English classics, one is struck by their relevance to modern times. Take this, from John Stuart Mill’s essay on representative government: ‘There are nations who will not voluntarily submit to any government but that of certain families, which have from time immemorial had the privilege of supplying them with chiefs.’ This applies to South Asia.

He added, ‘But there are also cases in which, though not averse to a form of government — possibly even desiring it — a people may be unwilling or unable to fulfil its conditions…. Thus a people may prefer a free government, but if, from indolence, or carelessness, or cowardice, or want of public spirit, they are unequal to the exertions necessary for preserving it; if they will not fight for it when it is directly attacked; if they can be deluded by the artifices used to cheat them out of it; if by momentary discouragement, or temporary panic, or a fit of enthusiasm for an individual, they can be induced to lay their liberties at the feet even of a great man, or trust him with powers which enable him to subvert their institutions; in all these cases they are less unfit for liberty: and though it may be for their good to have had it even for a short time, they are unlikely long to enjoy it.’

India is passing through this dangerous phase. It ought to have known better. Indira Gandhi all but tore up the constitution during her regime and installed herself as a dictator. A wave of anger swept across the country and she lost the 1977 election. But the small men who formed a government fell apart over the loaves and fishes of office. In 1980, the people returned her to power, unmindful of her past record.

Now, Narendra Modi is following in her footsteps. He undermined the cabinet, suborned the civil service, but his greatest challenge was political. As soon as he came to power in 2014, he called for a ‘Congress-free India’. He began campaigning from day one.

Hyderabad just held municipal elections. Modi was about to descend to the city to campaign against two parties: the Telangana Rashtra Samithi and the All India Majlis-i-Ittehad-ul-Muslimeen, which was founded by the legendary Bahadur Yar Jung and now led by the indomitable Asaduddin Owaisi. Modi sent his deputy Amit Shah to campaign for the BJP. Owaisi asked, ‘Why not Donald Trump?’

There is no doubt that Modi enjoys popularity across the country, though it is on the decline. He was elected to power in 2014 and 2019. Why? By common consent, the government led by the extraordinarily upright Manmohan Singh was scarred by his ministers’ corruption. He was perceived as ‘weak’. Nor did he receive the support of his party and its president Sonia Gandhi, which it was her duty to extend. She was focused on grooming her mediocre son. The Congress is in a deep crisis.

Modi is out to wipe out not only the Congress but also all regional parties and establish one-party rule. To what can we attribute his rise? Besides presiding over the Gujarat pogrom in 2002, Modi oversaw the state’s economic revival. Businessmen courted him and vice versa. He portrayed himself as a ‘strong man’, and the country fell for him.

But Indians are not alone in falling for the ‘strong man’ myth. Countries like Hungary and Poland also revel in democracy in form, but dictatorship in reality. In The Myth of the Strong Leader, Archie Brown writes: ‘The central misconception, which I set out to expose, is the notion that strong leaders in the conventional sense of leaders who get their way, dominate their colleagues, and concentrate decision-making in their hands, are the most successful and admirable.

‘While some leaders who come into that category emerge more positively than negatively, in general huge power amassed by an individual leader paves the way for important errors at best and disaster and massive bloodshed at worst…. [T]he myth of the strong leader is a central thread which unifies the discussion of democratic, revolutionary, authoritarian and totalitarian leaders. Those in the first of these categories can do far less damage, precisely because there are constraints upon their power from outside government.

‘It is, nevertheless, an illusion — and one as dangerous as it is widespread that in contemporary democracies the more a leader dominates his or her political party and cabinet, the greater the leader. A more collegial style of leadership is too often characterised as a weakness, the advantages of a more collective political leadership, too commonly overlooked.’

Stalin and Mao created famines, as did Churchill in Bengal. Thatcher had to be booted out of power by her party, while Attlee is highly regarded by history. This is true of both domestic and foreign policies. Modi is in decline. Witness the mammoth protests by Punjab’s farmers. But his end is not very near.

Dawn.com, December 5. AG Noorani is an author and lawyer based in Mumbai.