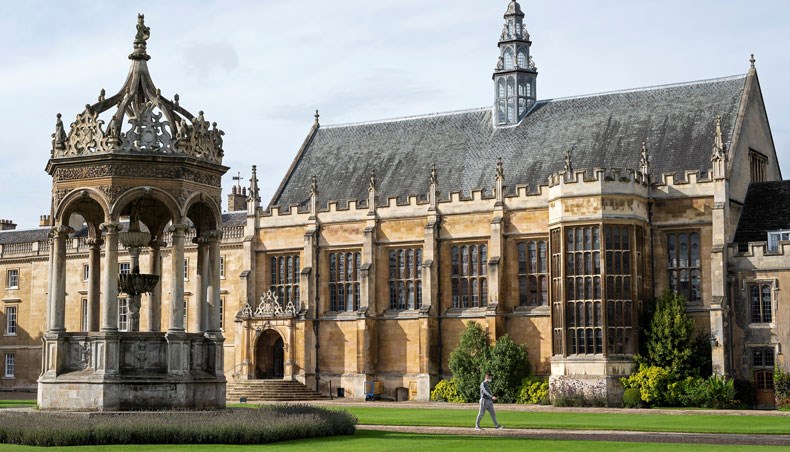 Despite the prestige of Oxford, Cambridge and other top universities, European Union students warned Britain will be less attractive after Brexit, with fees set to soar and legal tangles still not ironed out.

‘It’s getting quite difficult to decide if the UK will be the place the best students are going to come,’ said Polish graduate Michal Gren, 23, who was considering applying for a master’s degree in Britain.

Daniel Haid, a 27-year-old German student at Sheffield Hallam University in northern England, said that he had asked other EU students whether they would apply again now.

‘The answer is usually straight-up ‘no’,’ said Haid, who was in the second year of a doctorate in sports engineering and was a student ambassador for the UK Council for International Student Affairs, an advisory body.

‘We have the luxury of being EU citizens. We have so many good options instead,’ he said.

In his view, Britain’s new regime was ‘not really a competitive offer.’

‘For sure, there will be unfortunately less European students, I’m afraid,’ agreed Laura Langone, 31, who was in the third year of a philosophy doctorate at the University of Cambridge.

‘I know many people who were discouraged from applying, people who will start their degree from September 2021,’ she added.

Dominik Frej, 22, an aerospace engineering undergraduate at Queen Mary University of London, headed a federation of Polish students, who numbered some 8,000 in the UK.

‘This number will drop by 75 percent, for sure,’ he said.

There had already been a drop in EU students applying – down from 6,480 last year to 5,220 this year, according to the Universities and Colleges Admissions Service.

The biggest hurdle for future students from the EU will be money once Britain was no longer bound by the bloc’s rules from January 1.

International tuition fees exceeded £40,000 for degrees such as medicine.

The fee for a student visa was about £350 and about £500 to use the state-run National Health Service.

This is ‘huge money’ for Poles, said Gren.

‘From now on, not your academic potential and knowledge will decide whether you study in the UK but your financial background,’ said Frej, who was studying remotely from Warsaw to save money.

Langone, who came from Basilicata, southern Italy, won a prestigious scholarship that covered her costs at Cambridge.

Her fear was that ‘people like me, after Brexit, will not be able to get this kind of support’.

Brexit will also affect opportunities for students to move freely for academic purposes.

Haid said that he chose Sheffield Hallam after a semester through Erasmus+, a EU-wide student exchange scheme. But it remained unclear whether Britain will still participate.

Universities UK told AFP ‘the UK government should prioritise’ full association with Erasmus+ and if not, commit to full funding of a domestic alternative.

Students and advocacy groups were pressing the government to clarify confusing rules and unanswered questions that could affect whether EU students applied to UK institutions from 2021.

One anomaly was universities usually require three years’ UK residency in order to pay ‘home’ rather than international tuition fees that could be three or four times higher.

To apply for ‘pre-settled’ status in the UK, however, EU citizens only needed to visit for one day by December 31.

This potentially affected current applicants – unsure whether a brief visit now would be qualify them for home or reduced fees.

Admissions officers are telling applicants they ‘don’t know’ and will have information in January, said Polish student representative Frej.

The December 31 cut-off date also affected first-year students who began degrees remotely from their home countries due to COVID-19.

If they didn’t visit the UK this year but come later, they could fork out for student visas, international fees, and a fee to use the NHS.

A campaigner for EU citizens in the UK, Maike Bohn, argued students should not be punished for avoiding non-essential travel.

This affects ‘a few thousand’ students, she estimated.

Her organisation, the3million, had urged the government to waive the visiting requirement for remote students.

‘You can be extremely rigid and tough, or you can think: ‘These are the probably the best and the brightest, so why not?’’ Bohn said.