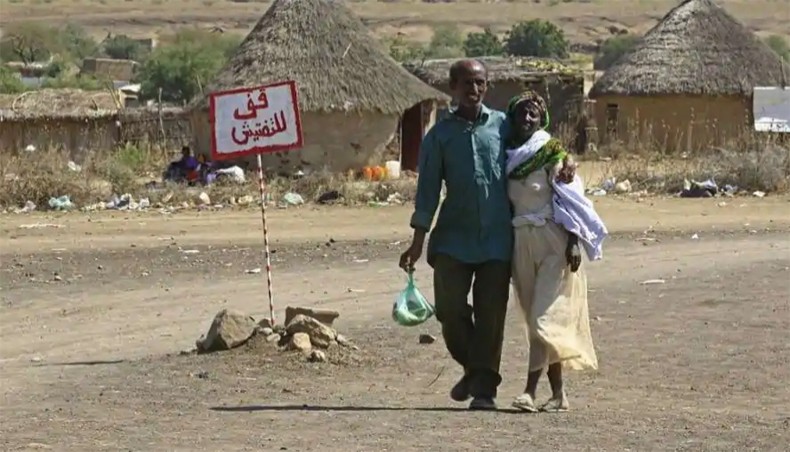 The United Nations said Friday that fighting continued ‘in many parts’ of Ethiopia’s Tigray, complicating efforts to deliver humanitarian aid despite a deal granting the UN access to territory under federal control.

Prime minister Abiy Ahmed announced military operations in the northern region a month ago, saying they targeted the leaders of its ruling party, the Tigray People’s Liberation Front.

Last week he declared victory, saying fighting was ‘completed’ after federal forces entered the regional capital Mekele. But the TPLF has vowed to fight on.

‘We have reports of fighting still going on in many parts of Tigray. This is concerning and it’s a complex situation for us,’ Saviano Abreu, spokesman for the UN’s humanitarian coordination office, said.

The conflict has claimed thousands of lives, according to the International Crisis Group think tank, and tens of thousands of refugees have streamed across the border into Sudan.

The UN has been warning of a possible humanitarian catastrophe within Tigray, though a communications blackout has made it difficult to assess conditions on the ground.

On Wednesday the UN announced it had reached an agreement to administer aid in areas of Tigray that were government-controlled.

But as of Friday, security assessments were still being conducted and three UN officials told AFP that aid was not expected to arrive before next week.

‘Basically, at the moment there is no access,’ one official said, arguing that the UN and the government ‘should have held off’ on announcing the deal until preparations were further along.

‘When you go public in the fashion they did, it creates expectations for people who think, ‘Access has been given, why is help not reaching us?’‘ the official said, speaking on condition of anonymity because of the sensitivity of the subject.

The UN is continuing to negotiate ‘with all parties to the conflict’ to ensure unfettered access, Abreu said.

‘We have been granted this access, this agreement with the federal government. But we also have to have the same kind of agreement with all parties to the conflict to make sure we actually have unconditional free access to Tigray,’ he said.

He stressed that some aid was still being administered.

‘Hundreds of humanitarians are still on the ground doing all they can to provide assistance to people affected by the conflict and those who were already in need before the fighting,’ he said.

Of particular concern is the fate of roughly 96,000 Eritrean refugees who before the conflict were living in camps in northern Tigray in areas reported to have seen heavy fighting.

The UN earlier this week issued a public appeal for the government to allow aid into the camps, which are believed to have run out of food.

A government official told AFP there was likely a ‘buffer’ of food supplies that would last through the week.

The UN refugee agency is eager to get food, medicine and other supplies to refugees and host communities as soon as possible, Ethiopia representative Ann Encontre said Friday.

It also wants to assess ‘very grim’ reports on the security of the camps, which it has been unable to verify because of the communications blackout, Encontre said.

The International Committee of the Red Cross reported Sunday that ‘some 1,000 Eritrean refugees have reportedly arrived in Mekele from refugee camps around Shire’ in northern Tigray.

The party then complained of being sidelined, and tensions escalated dramatically after Tigray went ahead with regional elections in September — defying a nationwide ban on polls because of the coronavirus pandemic — and sought to brand Abiy an illegitimate leader.

Tigrayan head Debretsion Gebremichael has vowed to continue fighting as long as federal ‘invaders’ are on Tigrayan soil.

On Thursday he said fighting occurred ‘around Mekele’, and several diplomats also told AFP that clashes persisted in multiple locations in Tigray.

State media this week broadcast what it said were the first images of Mekele since federal forces took over, though they could not be independently verified.

In an interview with Tigrayan media this week, senior TPLF member Getachew Reda called for a massive youth mobilisation to fend off Ethiopian forces he said were backed by Eritrean soldiers, something Ethiopia denies.

‘Our youth, our militia should rise and deploy to battle by the tens of thousands,’ Getachew said.