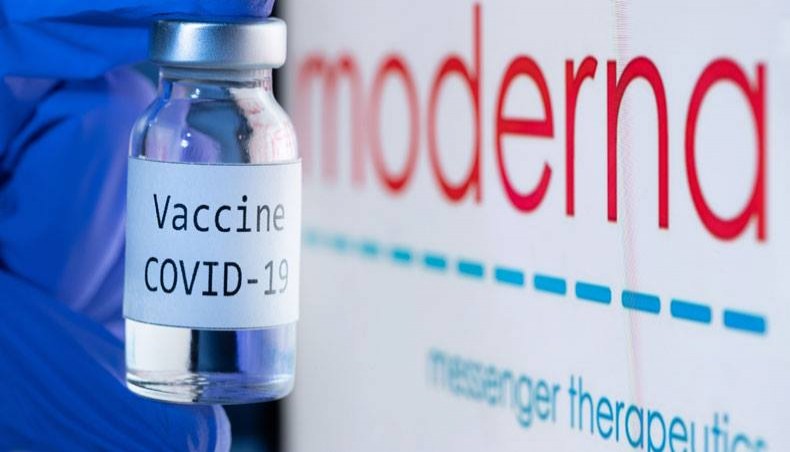 In this file photo taken on November 18, 2020 shows a bottle reading 'Vaccine COVID-19' next to the Moderna biotech company logo. -- AFP photo

Moderna plans to have 100 to 125 million doses of its COVID-19 vaccine available in the first quarter of 2021, the vast majority of which will go to the United States, the biotechnology company announced Thursday.

Between 85 and 100 million of the doses will be distributed in the United States, with the rest of the world receiving the remaining 15 to 25 million, the Cambridge, Massachusetts-based company said in a statement.

Moderna also confirmed that it expects to have 20 million vaccine doses available in the US by the end of 2020.

The company has been working on its American supply and production chain for months, in preparation for the vaccine’s expected emergency approval by US Food and Drug Administration.

For all countries outside the United States, production will take place in Switzerland.

US officials have said they plan to distribute 40 million vaccine doses by the end of the year, including those produced by Pfizer-BioNTech.

That would mean 20 million people vaccinated by the end of 2020, with each person requiring two doses.

The Moderna vaccine will be reviewed by an advisory committee of the FDA on December 17, and could be green lit for emergency approval soon after.

The FDA advisory committee meeting for the Pfizer-BioNTech vaccine, which was approved Wednesday by Britain for general use, will take place on December 10.