US struggles for relevance in Southeast Asia 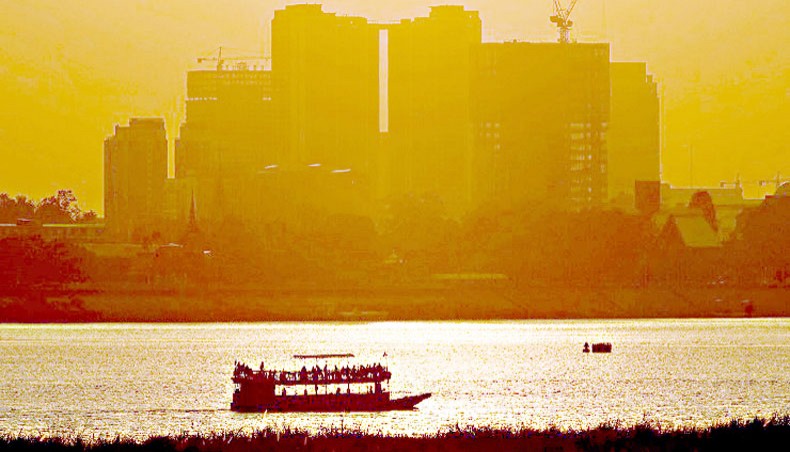 WHILE many around the globe are hopeful that a change at the White House means a change for US foreign policy, many of the most contentious and disruptive aspects of US foreign policy carried out over the last four years were simply a continuation of policy that had already been in motion for years beforehand and are unlikely to change any time soon.

This applies especially to Washington’s desire to reassert itself in Asia and Southeast Asia specifically in its increasingly desperate bid to ‘contain’ China.

Lacking any sort of actual incentive for Southeast Asian nations to tilt from China toward the US and its transatlantic partners in Europe, the US has instead invented a series of ‘crises’ and ‘concerns’ with the two centrepieces being ‘conflict’ in the South China Sea and US ‘concerns’ over nations downstream of Chinese dams built along the Mekong River.

These downstream nations include Laos, Myanmar, Thailand, Cambodia, and Vietnam.

Just as is the case with the United States’s interference in the South China Sea, nations along the Mekong are constantly pressured to share Washington’s ‘concerns’ and work toward ‘addressing’ them by adopting frameworks developed by Washington.

However, with the exception of Vietnam, these nations all have solid and growing relationships with China — and even Vietnam depends heavily on China economically.

Whatever issues dam constructions along the Mekong River may be creating, there is more than enough incentives for all nations involved including China to resolve them bilaterally and without interference from disingenuous mediators with transparent motivations aimed at amplifying tensions, fraying ties, and inhibiting the collective rise of Asia.

And because of this obvious fact it is no surprise that nations along the Mekong have not taken Washington’s efforts seriously. Instead, they appear to be paying them mostly lip service to buy time and avoid additional coercive measures from Washington.

However, it is clear that Washington has already included additional coercive measures alongside its South China Sea and Mekong strategies. This includes funding opposition groups pursuing regime changes to remove governments across the region who refuse to adopt US frameworks and proposals regarding these issues, and replace them with client regimes eager to cut ties with China regardless of the self-inflicted and irreversible damage it will most certainly cause.

An advocate of the US interference in Southeast Asia and in Thailand specifically is associate professor Thitinan Pongsudhirak of Thailand’s Chulalongkorn University.

In a recent op-ed he penned for the Bangkok Post titled, ‘China-US rivalry on Mekong mainland,’ he noted specifically (emphasis added):

‘As a US treaty ally, Thailand stands out for its pivot to China under a military-backed regime since its military coup in 2014, but this trend could change directions if a genuinely democratic system comes into place as per the demands of the protesting youth movement. Similarly for Cambodia, if the younger generation and oppositional supporters can rise up, prime minister Hun Sen’s “all-in” approach to China may go on a different path. But for the foreseeable future, the Mekong mainland is likely to gravitate further into China’s orbit.’

Here Thitinan is admitting that the governments of Southeast Asia have pivoted to China and will only continue building further ties with Beijing regardless of the supposed urgency the US claims surrounds issues like the South China Sea and Mekong River.

He also admits that the only way this will change is if ‘a genuinely democratic system comes into place as per the demands of the protesting youth movement.’

Thitinan is referring to the ongoing anti-government protests in Thailand that aim to overthrow the current government as well as Thailand’s traditional institutions and that have in recent months displayed increasingly extreme anti-Chinese views.

What Thitinan omits is that these protests are backed by organisations funded by the US government via the National Endowment for Democracy — a front whose board of directors are lined with some of the most prominent architects of US regime change projects around the globe including in Iraq, Syria, Libya, Ukraine, and most recently, Hong Kong.

And this is ultimately the only card the US has left to play — attempted regime changes across Southeast Asia to either install client regimes that will cut ties with China or create sufficient instability as to transform Asia’s collective rise into decades of internal conflict followed by a long, painful phase of reconstruction as North Africa and the Middle East have since suffered in the wake of a similar regime change campaign — the ‘Arab Spring’ — starting in 2011.

While many continue to depict protests and unrest from Hong Kong to Thailand as isolated, internal political disputes or even semi-connected ‘pro-democracy’ movements, in reality they are part of a cynical, singular, and regional campaign by Washington to reassert itself vis-à-vis a rising China — with even ‘associate professors’ advocating US foreign policy in Asia admitting that the protests serve as the only vector through which US success can emerge.

For Southeast Asia, foiling US interference and preventing a potentially region-wide crisis similar to the 2011 ‘Arab Spring’ is a matter of ensuring Asia’s continued rise in the years to come versus spending the next several years containing conflict and costly rebuilding in its aftermath.

New Eastern Outlook, December 2. Tony Cartalucci is a geopolitical researcher and writer based in Bangkok.