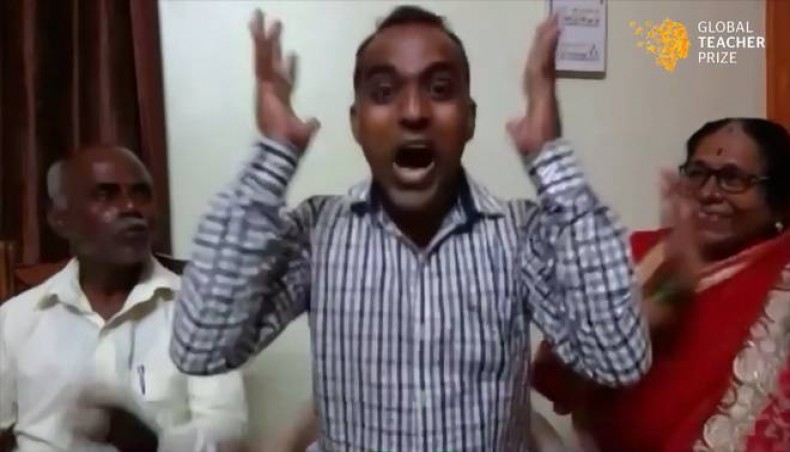 Ranjitsinh Disale was announced the winner of the Global Teacher Prize 2020 at a virtual ceremony broadcast from the Natural History Museum in London and opted to split half his winnings with his fellow finalists.

He was selected from 12,000 nominations from over 140 countries around the world.

His decision means $55,000 will go to each of the other nine finalists from nations including Italy, Nigeria and South Korea.

Disale is the sixth winner of the award, which is sponsored by the UN's educational and cultural agency UNESCO.

He said the global coronavirus pandemic had shown the importance of education to communities.

"In this hard time, teachers are giving their best to make sure every student has access to their birthright of a good education," he said.

Disale added all teachers were "the real change-makers who are changing the lives of their students" and it was in this spirit that he said he was sharing his winnings.

The teacher arrived to the Zilla Parishad Primary School in a small village near Solapur, in Maharashtra state, western India, in 2009.

In the intervening years, he transformed school attendance among the surrounding tribal community from two percent to 100 percent.

"Teachers like Ranjitsinh will eliminate inequalities and drive forward economic growth," she added.