Nepal for exploring potentials with Bangladesh 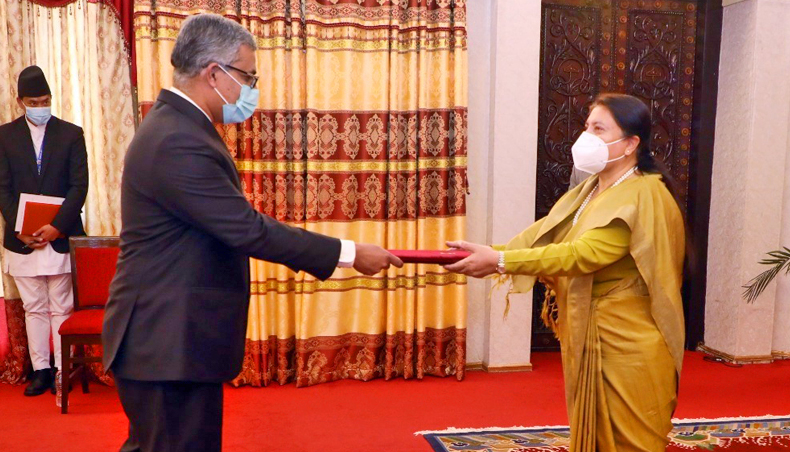 Nepal president Bidya Devi Bhandari on Thursday expressed hope to fully harness the potential for the mutual benefit of bilateral relations between Bangladesh and the Himalayan country.

She said that the two countries could work in areas including trade and commerce, power sector cooperation, connectivity and people-to-people contacts, etc.

Bidya Devi Bhandari said this when newly-appointed Bangladesh ambassador to Nepal Salauddin Noman Chowdhury presented his letter of credence to her at the Presidential Palace in Kathmandu, according to a press release.

She welcomed the new ambassador and assured him of all cooperation in further strengthening bonds of friendship between the two countries.

During a short interaction following the ceremony, ambassador Chowdhury conveyed her the best wishes and heartiest greetings from the Bangladesh president Abdul Hamid and prime minister Sheikh Hasina and renewed the invitation to visit Bangladesh at a convenient time.