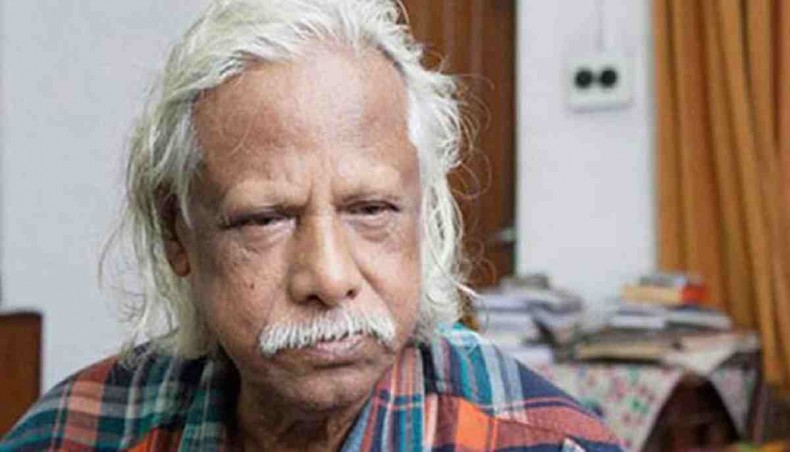 Gonoshasthaya Kendra founder Zafrullah Chowdhury on Thursday urged the Dhaka Metropolitan Police to reconsider its restriction on holding rallies and public meetings in the city without prior permission.

‘A notice from the DMP has shocked the country’s people at a time of the pandemic. Police must be informed about holding a meeting, but everyone knows you don't give permission when it is sought,’ he said.

Zafrullah, also a freedom fighter, further said, ‘It’s not a good action that you won’t let anyone greet, speak up and criticise. So, I urge the DMP to reconsider this ban.’

He made the remarks while distributing food and blankets in front of the Gonoshasthaya Nagar Hospital in Dhanmondi among the victims of the recent fire incidents in three slums in the capital.

On Wednesday, DMP urged all, including various socio-political and religious organisations, to refrain from holding any meeting, rally and taking out any procession in the capital without prior permission.

In a press statement, DMP Commissioner Md Shafiqul Islam also warned of taking legal action if such a programme is held defying the request.

Zafrullah alleged that the government is responsible for the chaos created over meetings and public gatherings.

He added that the government itself has created the recent problem over sculptures and idols by promoting troublemakers.

‘I call upon the government not to interfere in any individual’s freedom and rights to holding meetings and taking out processions,’ the freedom fighter said.

He also urged those who arrange meetings and rallies to remain careful so that their programmes do not disrupt the movement of vehicles and cause public sufferings.