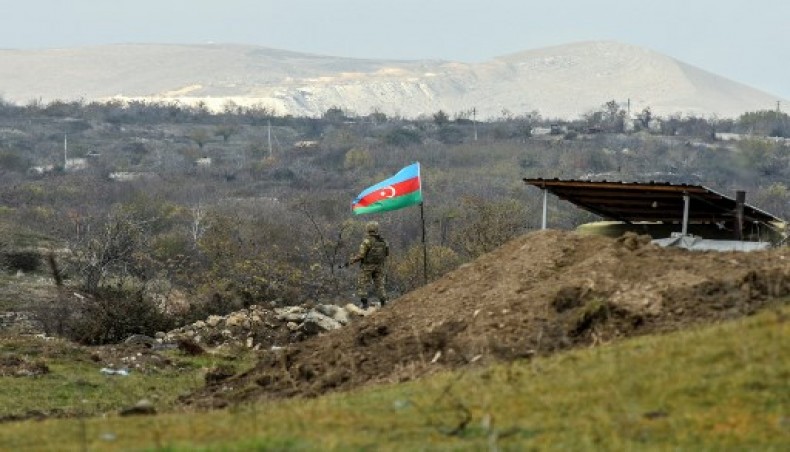 An Azerbaijani soldier stands guard at a checkpoint on a road entering Fizuli from Hadrut on December 2, 2020, a day after Baku's army entered the final district given up by Armenia under a peace deal that ended weeks of fighting over the disputed Nagorno-Karabakh region.- AFP photo

Azerbaijan said Thursday that nearly 2,800 of its soldiers were killed in recent fighting over Nagorno-Karabakh, the first details it has released of military losses in weeks of clashes with Armenian forces.

The defence ministry in Baku said in a statement that ‘2,783 servicemen of the Azerbaijani armed forces were killed in the patriotic war,’ adding that 100 more soldiers were missing.

Yerevan had earlier announced that 2,317 Armenian troops died during the conflict, which also claimed the lives of at least 93 Azerbaijani and 50 Armenian civilians.

The ethnic Armenian enclave of Nagorno-Karabakh broke away from Azerbaijan in a war in the early 1990s that left some 30,000 people dead and displaced many Azerbaijanis that used to live there.

Fresh clashes between Armenia and Azerbaijan broke out in late September, persisting despite efforts by France, Russia and the United States to broker ceasefires.

Under the agreement, Armenia lost control of seven districts that it seized around Karabakh during the 1990s war.

Nearly 2,000 Russian peacekeepers have deployed between the two sides and along the Lachin corridor, a 60-kilometre (35-mile) route through the district that connects Stepanakert to Armenia.

Up to 90,000 people -- some 60 percent of the population -- fled the disputed Karabakh region during the fighting.