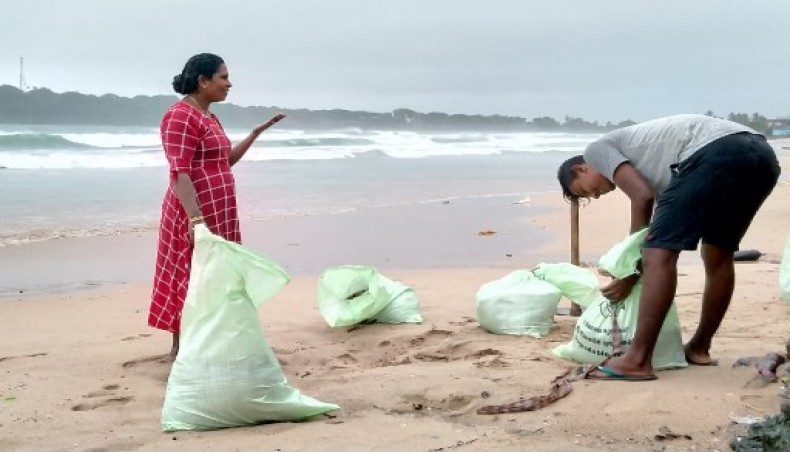 Residents prepare sand bags to protect their homes ahead of cyclone Burevi landfall in Sri Lanka's north-eastern coast, in Trincomalee on December 2, 2020.

Sri Lanka and southern India battened down the hatches for the second time in a week on Wednesday ahead of the scheduled arrival of another cyclone from the Bay of Bengal.

Burevi will pack gusts of up to 100 kilometres (60 miles) an hour when it makes landfall late on Wednesday in Sri Lanka before moving west and hitting India around 24 hours later, forecasters said.

Warning of a storm surge of a metre, and 20 centimetres (8 inches) of rain in places, Sri Lanka ordered a three-day closure of schools in the north and east and told fishermen to stay on land.

‘Ready for cyclone,’ tweeted the NDRF director general on Wednesday.

The Indian Meteorological Department issued a red alert in several areas across both states and suspended fishing activity in some areas until Friday.

But more accurate forecasting and the timely evacuation of several hundred thousand people were credited with keeping the number of people reported killed to three, a fraction of the death tolls in previous years.

Seven people were killed and some 20,000 lost their homes three years ago in Sri Lanka's northeast following a similar cyclone during the monsoon season.

Sri Lanka, India and Bangladesh depend on the monsoon for power generation as well as irrigation, but excessive downpours and storms cause casualties and destroy property almost every year.