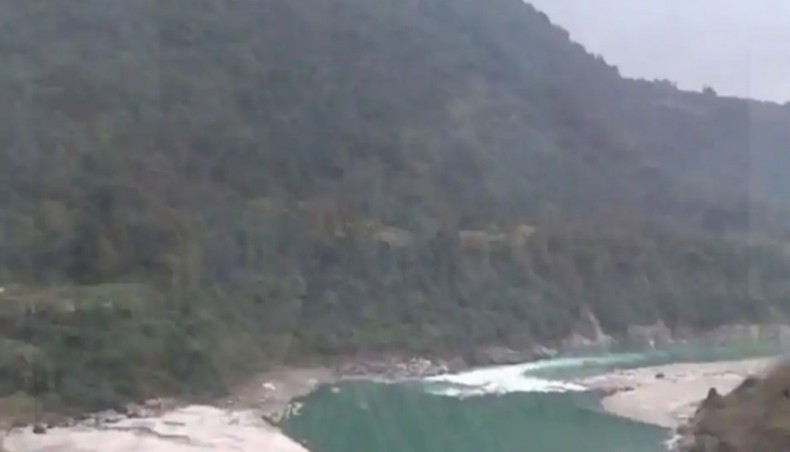 China will build large-scale dams on the River Yarlung Zangbo, which flows as the Brahmaputra through India and the Jamuna through Bangladesh, to generate hydropower, ‘maintaining resources’ and ‘domestic security’.

India is also planning to construct a dam on the River Brahmaputra to generate hydropower to counter the influence of the Chinese dam.

The Bangladesh government should maintain cautious observation on both the Chinese and Indian projects and express its concerns to the authorities of the two countries at the earliest, said experts.

China will implement ‘hydropower exploitation in the downstream of the Yarlung Zangbo River’ and this was clearly put forward in the proposals for formulating the country’s 14th Five-Year Plan (2021-25) and its long-term goals through 2035 made by the central committee of the Communist Party of China, said Yan Zhiyong, chairman of the Power Construction Corp of China, or POWERCHINA, at a conference on Thursday, according to Global Times of China.

The Chinese state media, citing a senior executive, reported the country could build up to 60 gigawatts of hydropower capacity on a section of the river.

Yan said that the hydropower exploitation of the Yarlung Zangbo downstream ‘is more than a hydropower project’.

Indian water resources ministry’s commissioner TS Mehra said that India was considering building a 10-gigawatt hydropower project in Arunachal Pradesh state to mitigate the adverse impacts of the Chinese dam projects that could trigger flash floods or create water scarcity, according to Times of India.

The Indian proposal ‘is under consideration at the highest level in the government,’ he said, adding that the Indian plan would create a large water storage capacity to offset the impact of Chinese dams on flows.

Brac University professor emeritus Ainun Nishat said that impacts of the dams could be assessed after knowing the exact features of the components of the proposed dams in China and India.

‘If they construct dams only for hydropower, these would not be harmful to downstream places,’ he said.

‘But the dams would be troublesome if the countries withdraw or divert water from the rivers.’

Lin Boqiang, director of the China Centre for Energy Economics Research at Xiamen University, said that hydropower projects on cross-border rivers cannot be developed without communication and cooperation among upstream and downstream countries.

A water resources expert of the Bangladesh government said that both the Chinese and Indian projects might create troubles in downstream areas as over 60 per cent of the trans-boundary river water in Bangladesh comes from the River Brahmaputra.