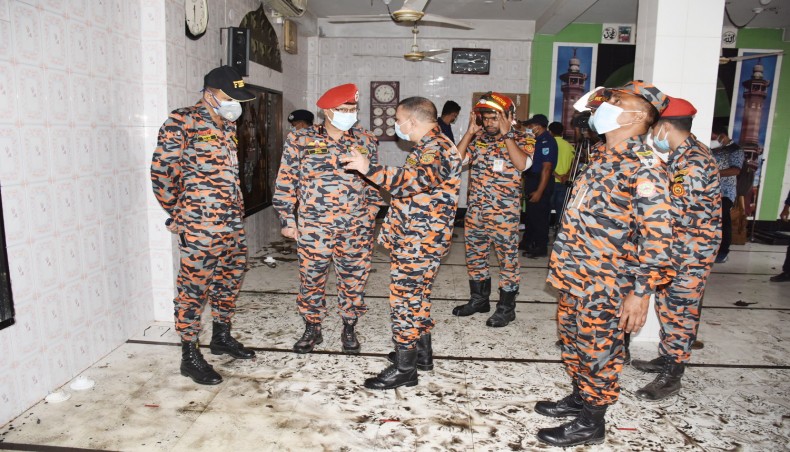 The Appellate Division of the Supreme Court on Tuesday stayed the High Court order asking the authorities concerned of Titas Gas Transmission and Distribution Company Ltd to provide Tk 5 lakh each to the families of the Narayanganj mosque blast victims within seven days.

The Appellate Division bench led by chief justice Syed Mahmud Hossain passed the order upholding the Chamber Judge court order after disposing of the petitions filed by the state and Titas.

On September 9, Justice JBM Hassan and Justice Khairul Alam’s bench ordered the authorities concerned of Titas Gas Transmission and Distribution Company Ltd to provide Tk 5 lakh each to the families of the Narayanganj mosque blast victims within seven days.

The court also issued a rule asking the government to explain why directives should not be given to provide Tk 50 lakh as compensation to the blast victims.

Secretaries to the ministry of power energy and mineral resources, housing and public works, home, authorities of Titas Gas, Rajuk chairman, DCDC, Desco, Mosque committee, Narayanganj deputy commissioner, SP and three others were made respondents to the rule which was returnable in four weeks.

On September 13, the chamber judge of the Appellate Division Justice Md Nuruzzaman stayed the HC order and asked the authorities concerned to send the petition to the regular bench of the Appelatte Division for hearing.

On September 6, advocate Taimur Alam Khandaker filed a writ petition with the High Court seeking Tk 50 lakh compensation for families of each of the Narayanganj mosque blast victims.

Some 40 people suffered burn injuries as all the air conditioners of the mosque exploded during Esha prayers in Fatullah on September 4.

The death toll from the incident rose to 34.