Tigray leader vows to fight on after Abiy declares victory 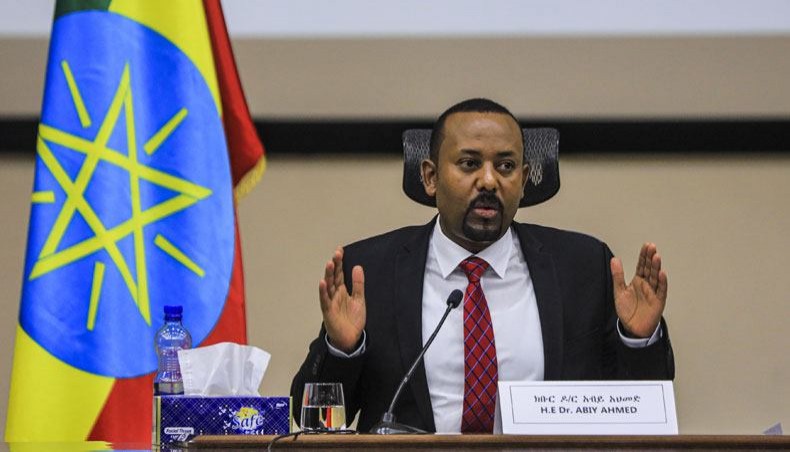 The leader of the ruling party in Ethiopia’s northern Tigray region said on Monday his forces were continuing to battle the national army, two days after prime minister Abiy Ahmed declared the country’s internal conflict ‘completed’.

DebretsionGebremichael told AFP by phone he was determined to remain in Tigray and fight ‘as long as these invaders are on our land,’ raising the spectre of extended hostilities.

Abiy, winner of last year’s Nobel Peace Prize, this month ordered military operations against Debretsion and other leaders of the Tigray People’s Liberation Front in response to what he said were TPLF-organised attacks on Ethiopian federal army camps.

On Saturday night Abiy claimed victory after federal forces took control of the regional capital Mekele, but ‘the fighting has continued,’Debretsion said Monday.

He accused Abiy of ‘trying to deceive the international community as if everything is finished’.

The conflict marks a dramatic escalation of tensions between Abiy and the leaders of the TPLF, which dominated Ethiopian politics for nearly three decades before anti-government protests swept Abiy to power in 2018.

Abiy has resisted international pressure to end fighting and accept mediation, saying TPLF leaders needed to be disarmed and apprehended.

On Monday evening US secretary of state Mike Pompeo said on Twitter he had spoken to Abiy and ‘urged a complete end to the fighting in Tigray, a start to dialogue, and free, safe, unhindered humanitarian access’.

Earlier Monday, Abiy told lawmakers TPLF leaders had fled west of Mekele but indicated federal forces were monitoring them closely and would attack them soon.

‘I want them to hear me: yesterday evening, around midnight, we saw them from the situation room in the area between HagereSelam and AbiyAddi,’Abiy said in remarks to lawmakers, referring to two towns west of the Tigray capital Mekele.

‘We didn’t attack them at night because as they retreated they took their wives, children and abducted soldiers. But this will not continue.’

Debretsion told AFP he was ‘around Mekele’ but not near HagereSelam.

He said the TPLF had left Mekele, a city of half a million, because ‘we didn’t want to see civilian casualties.’

When the conflict broke out, analysts estimated the TPLF could mobilise as many as 200,000 troops.

Debretsion said it still boasted many ‘experienced fighters’ as well as ‘heavy artillery’.

Fighting took place Sunday in the towns of Hawzen and Wukro, north of Mekele, and there were ‘small unit activities’ farther west near Shire, Debretsion said.

There were no new engagements on Monday but ‘probably tomorrow we will have fighting,’ he added.

A communications blackout in Tigray has made it difficult to verify claims from both sides about the conflict.

As the Ethiopian military bore down on Mekele last week, global concern mounted about a possible bloodbath in a city that, before the conflict, had a population of half a million.

In his remarks to lawmakers, Abiy claimed Monday that soldiers did not kill any civilians as they took over Mekele and other cities in Tigray.

‘Mekele is ours, it was built with our own resources. We are not going to destroy it,’ he said. ‘Not even a single person was harmed by the operation in Mekele.’

The international committee of the red cross said on Sunday that hospitals in Mekele were flooded with trauma patients, though it did not specify how the injuries were sustained.

Abiy vowed Monday that Ethiopia would be able to quickly welcome back Ethiopian refugees in Sudan.

He also thanked Eritrea for its support during the conflict, including helping Ethiopian soldiers who at one point were forced to retreat over Ethiopia’s northern border onto Eritrean soil.

As Abiy tries to shift towards helping Tigray recover, Ethiopia’s national human rights body called Monday for telecommunications to be restored and for water, electricity and health services to resume.

The Ethiopian human rights commission, which is government-affiliated but independent, also noted ‘complaints of ethnic profiling’ including ‘forced leave from work’ and travel restrictions.

In a marathon four-hour address, his first to lawmakers since the conflict began,Abiy fielded multiple questions about why he had not moved against the TPLF leadership earlier.

The party has complained of being sidelined, targeted for corruption prosecutions and scapegoated for the country’s woes during Abiy’s rule.

Tensions spiked after Tigray held its own elections in September, flouting a nationwide ban on polls because of the coronavirus pandemic.

It then tried to brand Abiy an illegitimate ruler.

Abiy said Monday that when he took office, he was hemmed in by a TPLF-run security and intelligence apparatus.

‘My office in general was under the control of other forces. Even the key to my house was controlled by these people, they opened the door, they closed the door, morning and night,’Abiy said.

He accused the TPLF of fomenting internal conflict, including ethnic clashes, throughout the country during his tenure, leaving only Tigray unaffected.