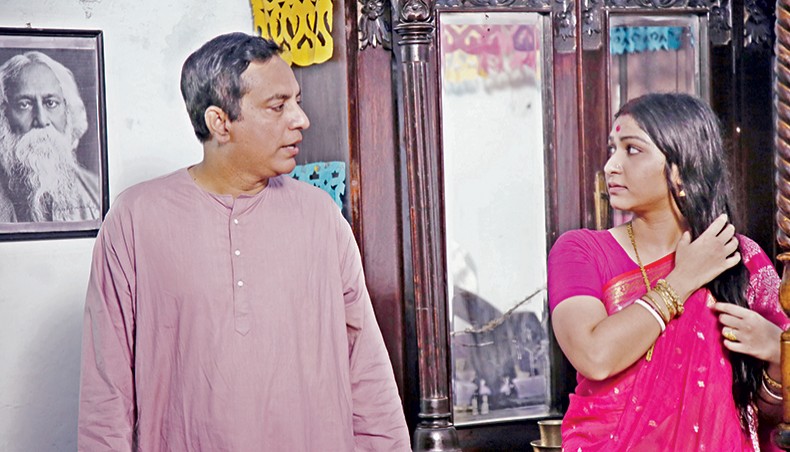 A scene from Rupsha Nadir Banke.

Rupsha Nadir Banke received government grant in the fiscal year of 2016-2017. The film focuses on, and glorifies to an extent, how leftist politicians nurtured the country’s culture, society and politics. The film revolves around a fictitious leftist politician named Manob Mukherjee, who was abducted and killed by Razakars during the liberation war in 1971.

‘The leftists of Bangladesh have a made huge contribution to social progress and development of secular ideas as well as motivated the people during struggles for democracy. In different phases of our history they also made immense sacrifices. But unfortunately their sacrifices are not much mentioned in the official narratives of our history. Hence I have made the film “Rupsa Nodir Banke” to tell their stories. I am very pleased that the Bangladesh Film Censor Board has released the film uncut,’ Tanvir Mokammel told New Age.

Besides liberation war, the film portrays different historical movements like Swadeshi movement of the early twentieth century, Tebhaga movement in the late 40s and other progressive movements that lent momentum to the politics in this region.

The two-hour film has been shot by cinematographer Mahfuzur Rahman Khan and Mohadeb Shi edited the footages of the film. Rana Masud, Syed Shabab Ali Arzoo and Sagir Mostafa are assistant directors of the film.