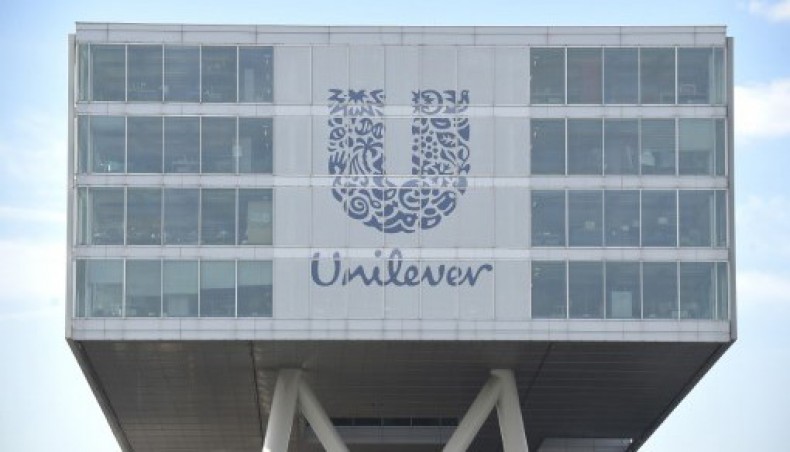 A picture taken on June 5, 2015 shows the logo of Unilever at the headquarters in Rotterdam. Consumer goods giant Unilever said November 30 that it has become a wholly British company, completing a historic merger of its Dutch and British corporate entities to end its double-headed structure.- AFP photo

Consumer goods giant Unilever said Monday that it has become a wholly British company, completing a historic merger of its Dutch and British corporate entities to end its double-headed structure.

The new group, Unilever PLC, will now be headquartered in London under a so-called unification strategy designed to make it more responsive to economic challenges including coronavirus.

Unilever, which has experienced strong demand for hand cleaners and household cleaning products during the deadly Covid-19 pandemic, insisted there will be no change to its operations, locations, activities and staffing levels.

‘Unilever is pleased to announce the completion of the unification of its group legal structure under a single parent company, Unilever PLC,’ it said in a statement.

‘From today, and for the first time in its history, Unilever now trades with one market capitalisation, one class of shares and one global pool of liquidity, whilst also maintaining the group's listings on the Amsterdam, London and New York stock exchanges.’

Shareholders had overwhelmingly approved the move in September after the group had unveiled the plan in June.

The company's Dutch corporate entity Unilever NV had ceased to exist on Sunday, it added.

‘This is an important day for Unilever and we would like to thank our shareholders for their strong support of our Unification proposals, which give us greater flexibility for strategic portfolio change, remove complexity and further improve governance,’ added Unilever Chairman Nils Andersen.

Unilever was founded in 1930 after the Dutch margarine producer Margarien Unie merged with British soapmaker Lever Brothers, but had until now kept its dual-headed structure.

The firm -- behind household brands including Dove Soap and Magnum ice cream -- had attempted to move its corporate base from London to the Dutch port of Rotterdam in 2018. However, it had to back down after a revolt by shareholders in Britain.

Sophie Lund-Yates, equities anlayst at stockbroker Hargreaves Lansdown, said the move would make it easier to streamline operations, against an uncertain backdrop of both coronavirus and Brexit.

‘The biggest motivation for the single listing is to make streamlining the business an easier task,’ she told AFP.

‘Coronavirus has made life a lot trickier, and revenue streams less certain, at a time when Unilever was already facing sluggish sales. A single parent company structure is simply a tool in its armoury that will allow the group to flex its portfolio more efficiently.’

She added that the current climate of uncertainty may well have acted as a catalyst for this change, but was unlikely to have been the sole reason.

‘The group needs to become more nimble to secure long-term growth, which is why we are seeing the demerger of the tea business. This is more about a long-term rejuvenation strategy than it is a political move.’