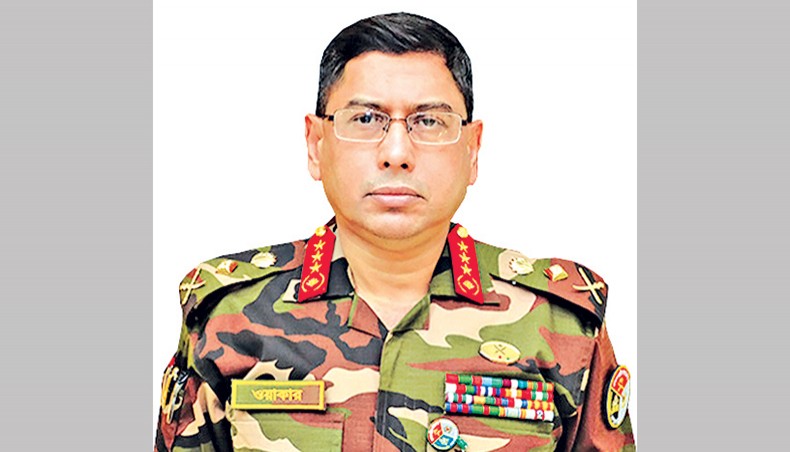 Before joining Armed Forces Division, Wakar, of 13 long-course of Bangladesh Military Academy, served as the military secretary (army) at the Army Headquarters.

Wakar was adorned with the rank of Lieutenant General in the presence of prime minister Sheikh Hasina at a programme at the Ganabhaban.

The PSO later in the day met president Abdul Hamid.

Wakar sought advices and directions from the president and the prime minister, said the ISPR.

Wakar served as the general officer commanding of the 9th infantry division in Savar.

In February 2017, he was posted to the Army Headquarters as the military secretary (army).