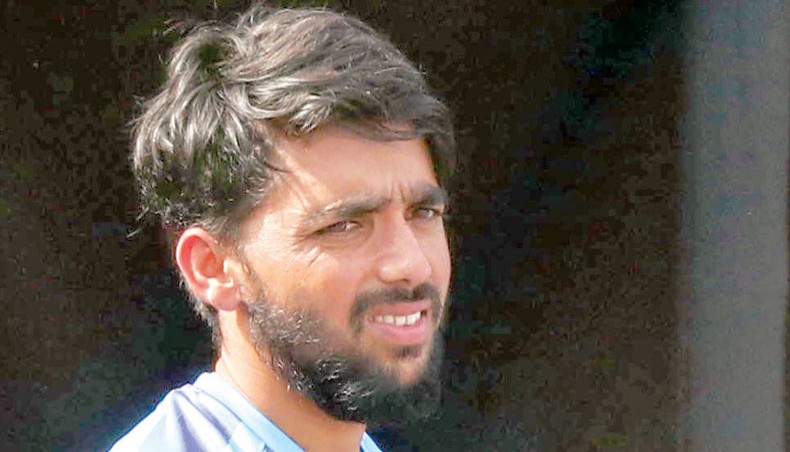 Bangladesh Test skipper Mominul Haque’s Bangabandhu Twenty20 Cup campaign ended prematurely on Sunday due to injury but his misfortune opened up the possibility of former Bangladesh skipper Mashrafe Bin Mortaza to play in the tournament.

Mominul, who is part of Gazi Group Chattogram in the ongoing tournament, told New Age that he hurt his right thumb while fielding in his side’s match against Gemcon Khulna on Saturday.

Bangladesh Cricket Board chief physician Debashis Chowdhury said that Mominul, who recovered from a COVID-19 infection just before the start of the tournament, will have to sit out for three-four weeks to recover from his injury.

‘Mominul has fractured his right thumb. Initial x-ray reports show that there is a fracture. Now we are going to consult an orthopedic specialist and then we will follow the recovery plan. But in short, he can’t play in this tournament anymore,’ Debashish told New Age.

Bangladesh is supposed to host West Indies for a Test series in January next year and Mominul hoped to recover before that and lead the national team against the Caribbean side.

Mominul’s exit could open the door for Mashrafe in this tournament as according to the tournament by-laws; a team can pick anyone as replacement for an injured player.

Earlier, chief selector Minhazul Abedin told the media that Mashrafe is likely to be available to play by the first week of December and the board had already relaxed the fitness level benchmark for the veteran player.

Chattogram skipper Mohammad Mithun said that he will welcome the inclusion of Mashrafe but the decision is solely up to their management.

‘I think this matter completely depends on the team management. But from my side, it will be great to have someone like him as we all know how big an influence he has. I am sure the team management will think over it,’ Mithun said.

Chattogram, who are currently at the top of the five-team points-table with two wins in two matches, received some good news on Sunday as Mahmudul Hasan, the Under-19 World Cup winning batsman who was out with a COVID-19 infection, rejoined the team after recovering.

‘Mahmdul Hasan Joy is now corona negative, he was clear in two tests. He is available now,’ Debashis said.

Meanwhile, Minister Group Rajshahi will have to wait longer for their all-rounder Mohammad Saifuddin, who twisted his ankle while playing football in the warm-up session, informed Rajshahi team manager Hannan Sarkar.

‘Saifuddin is doing well with the rehab program... He may return to play from mid-tournament. He will play only after he passes the BCB fitness protocol,’ said Hannan.