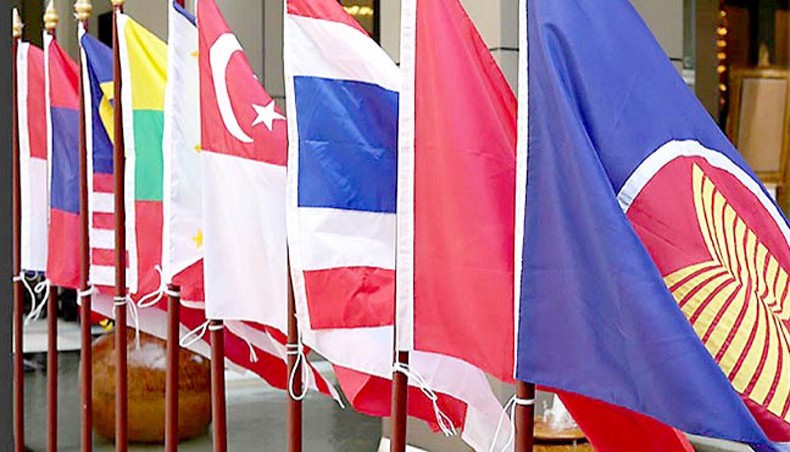 THE Asian Times writer Pepe Escobar is one of the most widely read and respected commentators in the English language although he himself is a Brazilian and, therefore, always writing in a foreign language.

In part because of the location of his major media outlet, Singapore, and in part because Asia is clearly where Escobar sees the future of the world, he has in recent years given an ever-increasing amount of attention to Asia. By ‘Asia’, I mean the whole of that major landmass that stretches from Japan in the east as far the south as Indonesia, and the west to Russia.

The latter two are closely allied to the United States, as is Australia, but their all joining with ASEP in signing this momentous trade deal may be seen as a significant pointer to where the centre of the worlds’ economic activity is likely to be focused in the coming decades.

The inclusion of New Zealand in the arrangement is an interesting one. It could not remotely be considered an Asian nation. It, along with Australia, is a member of the so-called Five Eyes military alliance (with Canada, the United Kingdom and the United States) but unlike Australia has manage to retain a cordial and profitable relationship with China. The recent appointment of a Maori woman as foreign minister is likely to strengthen the China-New Zealand relationship, unlike that of her predecessor Winston Peters, defeated in the recent general election, whose ties to China were best described as cautious.

The fact that the recently signed agreement by the RCEP nations took eight years to reach the point where all felt happy to sign is also a significant point. Insofar as the western press has reported on the deal, they have tended to feature the role of China. An examination of the details of the agreement however do you not portray the deal as being a victory for China. In fact, China made a number of concessions to the other nations in achieving a consensus that all nations could live with. As by far the country with the biggest population and economy China’s views were obviously important, but it is far from a China deal as some in the west have sought to portray it.

The other feature of the RCEP is that it is clearly seen as but one of a series of arrangements made in recent years involving several of the signatories. The most important of these is the Belt and Road Initiative, the dream child of China’s president Xi which has launched in 2013 and currently has been signed up to my 138 nations and 29 international organisations. One of the many interesting features about the BRI is its geographic spread, being represented by countries in Africa, Europe, the Middle East, Latin America and South East Asia. The European contingent includes 18 members of the European Union.

An article in the United States outlet Forbes (February 28) was headlined ‘How China is losing support for its Belt and Road Initiative.’ Nothing could be further from the truth. It may well reflect what the Americans would hope for and have done their hardest to achieve, but that has been spectacularly unsuccessful. The BRI continues to go from strength to strength.

An even older regional organisation is the Shanghai Corporation Organisation, commenced in 2003, initially with China and Russia, plus four of the former Soviet ‘Stans’ which form a block of countries in central Asia. They were joined in June 2017 by Pakistan and India. India was an initial participant in the RCEP deal but withdrew in November 2019.

The withdrawal of India from the RCEP arrangement may be interpreted as a classic illustration of a country shooting itself in the foot. The door has been uniquely left open however, for India to re-join in the future. The withdrawal probably owes more to the xenophobia of India’s current prime minister Modi then it does to any rational analysis of the merits of membership. The present indications are that India is promoting a US inspired deal (with Australia and Japan), but there is every indication that this is dead before it even began. Both Australia and Japan have shown through the RCEP deal where they see their future economic well-being coming from.

The final group that is transforming the nature of world trade is the Eurasian Economic Union. This group came into force on 1 January 2015 and consists of Armenia, Belarus, Kazakhstan, Kyrgyzstan, Russia and Tajikistan. Uzbekistan gained observer status in 2020.

The common membership of at least some countries for all of these organisations are readily apparent. There are other groups that have not been discussed. What they do represent however, is a fundamental realignment of the worlds trading patterns, firmly based in the greater Asian region.

As the years of origin suggest, they are all relatively new groups, the oldest being a mere 19 years old and the newest less than one month. What they represent however, is a tectonic shift in the nature of world trade and investment. The populations of all the countries in the projects listed here represent more than half of the world’s total population. The RCEP is just one example; it is bigger than Europe in its share of world trade.

It would be naïve to assume that the major western states who have not joined any of these organisations, and in some instances bitterly opposed them, will meekly accept this ongoing shift in their power and status. Therein lies the greatest danger to a peaceful transition of power back to where for centuries it resided. The western powers have become accustomed to the benefits that have accrued to them over the past 300 years. They will not forego their privileges easily.