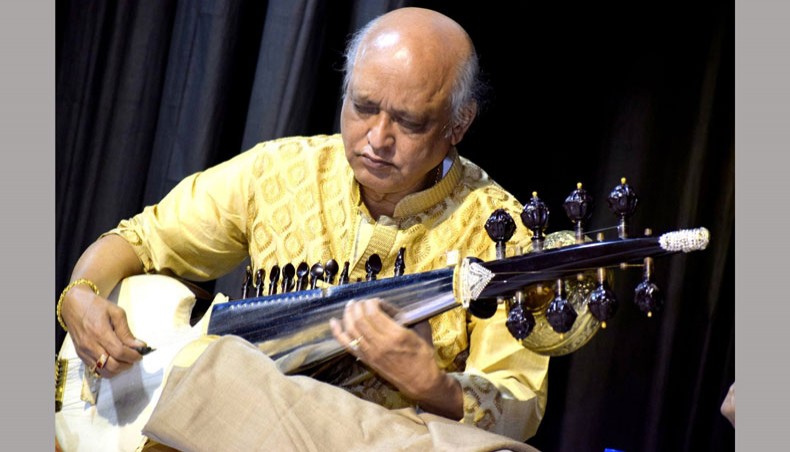 Ekushey Padak-winning classical music maestro Ustad Shahadat Hossain Khan died of COVID-19 on Saturday night at a hospital in the capital. He was 62.

His grandson Mohammad Parvez Rubel confirmed it to New Age.

‘My grandfather was hospitalised after he tested positive for COVID-19 12 days ago. He later developed pneumonia and breathing problems. He was also suffering from diabetes. He passed away at around 7:30 pm on Saturday,’ Mohammad Parvez Rubel told New Age.

He is survived by his widow and twin daughters.

Shahadat Hossain Khan was born on July 6, 1958 in a musically inclined family in Brahmanbaria. His father Ustad Abed Hossain Khan was a renowned sitar player. He was the grandson of Ustad Ayet Ali Khan and nephew of Ustad Ali Akbar Khan and Ustad Bahadur Khan.

He started learning tabla and sarod from his father when he was seven. He completed Master of Arts in history from Dhaka University in 1981 and obtained Badyalangkar degree in music from Ali Akbar College of Music in California, USA in 1985.

He taught music at Government Music College and taught sarod, violin, flute and guitar at Bangladesh Shilpakala Academy from 1993 to 1994.

Ustad Shahadat Hossain Khan received Ekushey Padak in 1994 for his contribution to the country’s music scene. He was buried at Martyred Intellectuals’ Graveyard in Mirpur at 3:30 pm on Sunday.