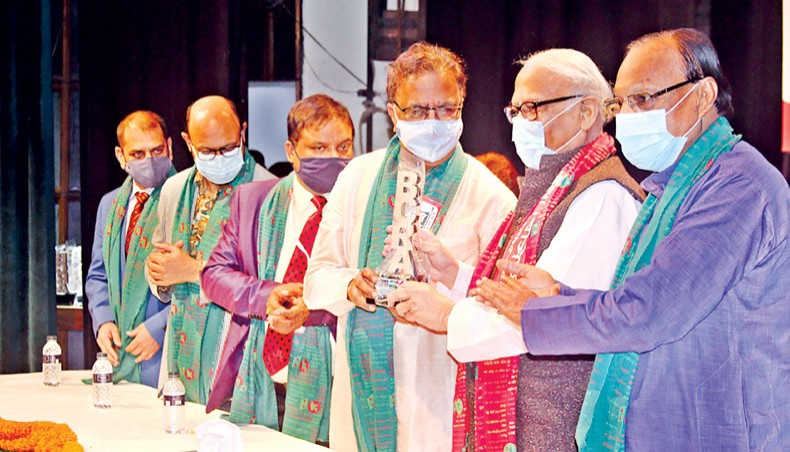 ‘I am deeply honoured to receive this award. Though I have received many awards in my life, this award is special to me. I thank Bangladesh Cultural Reporters’ Association for honouring me,’ said Ataur Rahman.

‘Our culture is our identity. I thank Bangladesh Cultural Reporters’ Association for organising the event and honouring artistes for their contribution in their respective fields. I wish them all the best,’ said KM Khalid.

‘Every year we celebrate our founding anniversary organising a colourful programme where we honour individuals for their contribution to our cultural arena. I thank all those who have supported us during our journey,’ said Dulal Khan.