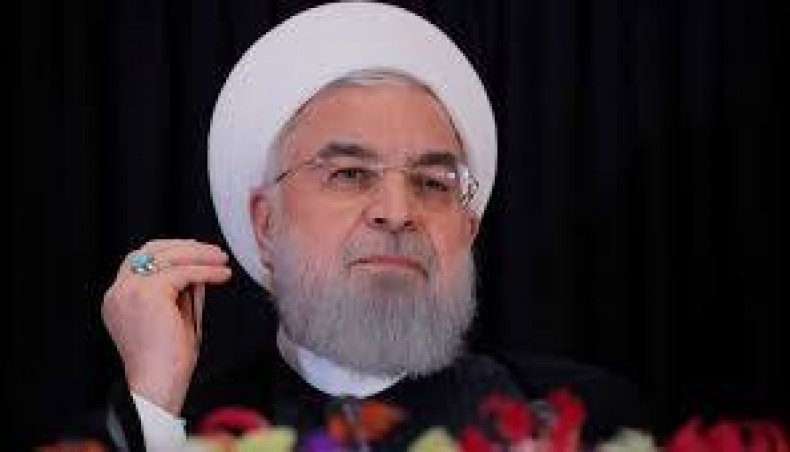 Iran’s president Hassan Rouhani Saturday accused arch-foe Israel of acting as a ‘mercenary’ for the US and seeking to create chaos, blaming it for the assassination of a top Iranian nuclear scientist.

Rouhani vowed a response ‘in due time’, pledging his country will not fall into a ‘trap’ and alluding to changing power dynamics in the wake of the US election, while Ayatollah Ali Khamenei called for the ‘punishing (of) the perpetrators and those responsible’ for the killing.

Mohsen Fakhrizadeh was ‘martyred’ after being seriously wounded when assailants targeted his car and engaged in a gunfight with his bodyguards outside the capital Tehran on Friday, according to Iran’s defence ministry.

‘The nation of Iran is smarter than to fall in the trap of the conspiracy set by the Zionists,’ Rouhani said in televised remarks.

‘They are thinking of creating chaos, but they should know that we have read their hands and they will not succeed,’ Iran’s president said, after earlier pinning the blame for the killing on ‘the wicked hands of the global arrogance, with the usurper Zionist regime as the mercenary’.

Iran, a major Shia power, generally uses the term ‘global arrogance’ to refer to the United States, where outgoing president Donald Trump has been hawkish on Tehran, unilaterally withdrawing in 2018 from a multilateral nuclear deal with the Islamic republic and re-imposing crippling sanctions.

‘This barbaric assassination shows that our enemies are in stressful weeks, during which they feel... their pressure declining, the global situation changing,’ the Iranian president added.

The assassination of Fakhrizadeh comes less than two months before US president-elect Joe Biden is to take office, after defeating Trump in elections earlier this month.

Biden was vice-president under Barack Obama when the Iran nuclear deal was agreed in 2015, and he has promised a return to diplomacy with Iran.

‘Iran’s enemies should know, that the people of Iran and officials are braver than to leave this criminal act unanswered,’ Rouhani added, talking at Iran’s weekly COVID-19 taskforce meeting.

‘In due time, they will answer for this crime.’

A little later, Iran’s supreme leader Ali Khamenei called for ‘following up on this crime and certainly punishing the perpetrators and those responsible,’ in a short statement on his official website.

Khamenei also called for a continuation of Fakhrizadeh’s ‘scientific and technical efforts ... in all of the fields he was working in.’

The defence ministry said that Fakhrizadeh, who headed its research and innovation organisation, died after medics failed to revive him.

Iran’s foreign minister Mohammad Javad Zarif said on Friday that there were ‘serious indications of an Israeli role’ in the assassination.

The United States slapped sanctions on Fakhrizadeh in 2008 for ‘activities and transactions that contributed to the development of Iran’s nuclear programme’, and Israeli Prime Minister Benjamin Netanyahu once described him as the father of Iran’s nuclear weapons programme.

The New York Times said an American official and two other intelligence officials confirmed Israel was behind the attack, without giving further details.