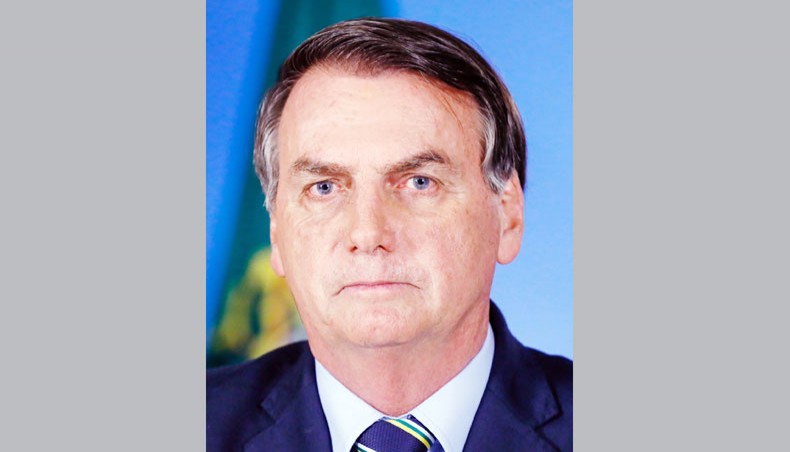 Brazil president Jair Bolsonaro has said he will not take a vaccine against the coronavirus even after it receives approval from his own government.

‘I’m telling you, I won’t take it (the vaccine),’ he said in a video posted to social media on Thursday. ‘It is my right.’

Brazil has recorded over 170,000 coronavirus deaths, according to an AFP tally, behind only the United States.

He caught COVID-19 himself at the beginning of July, and more than half of his cabinet have tested positive for the virus in recent months.

Once any treatment is approved by Brazil’s health regulatory authorities, his government will ‘immediately organise’ its purchase and distribution to those who want it, he said in the video.

But he added he was ‘sure’ that Brazil’s parliament would not make immunisation mandatory.

Many nations are pinning their hopes on a vaccine to end the misery of the pandemic, with two jabs on the cusp of approval by authorities after showing about 95 per cent efficacy in trials.

On Wednesday, US-based pharmaceutical giant Pfizer gave the results of the tests of their candidate to the office of Brazil’s health regulators, a necessary step to approve and register the vaccine.

Brazil’s health ministry has already agreed to buy 100 million doses of a different vaccine developed by AstraZeneca and Oxford University.