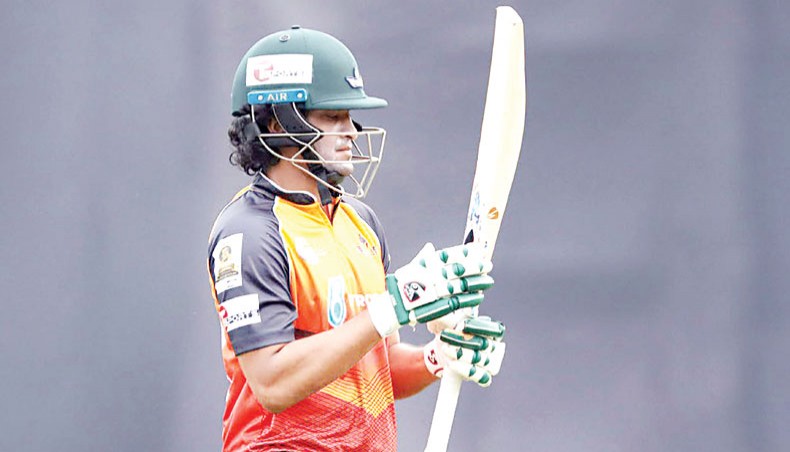 Shakib Al Hasan will go up against his childhood mentor Mohammad Salahuddin today when his side Gemcon Khulna takes on Gazi Group Chattogram, coached by Salahuddin, in the Bangabandhu Twenty20 Cup.

In the second match of the day, table-toppers Minister Group Rajshahi will face Fortune Barishal.

Shakib’s return to the game after the ICC ban has so far been underwhelming as the left-hander scored only 15 and 18 runs and fetched only one wicket in the first two matches.

But Khulna coach Miznur Rahman Babul is hopeful that Shakib will find his rhythm soon, saying that he needs more game time after coming back from exile.

‘Shakib will come back strong; he will not take much time. Maybe it will happen in the very next match. He was out of action for a long time, he only played two matches so far,’ Babul told the media on Friday.

Chattogram coach Salahuddin, whose side crushed Beximco Dhaka by nine wickets in their opening match on Thursday, said that he had no particular plan for Shakib, who trained under him last September in BKSP to prepare for his return to cricket.

‘I don’t have any specific plan for Shakib,’ Salauddin told the reporters.

Other than Shakib’s lack of runs at number three, the rest of the Khulna top-order have also failed to provide a solid platform despite experienced players like Mahmudullah, Imrul Kayes and Anamul Haque occupying those spots.

‘Maybe on pen and paper we have formed a good team with big names. But at the end of the day the team which plays well in the field wins.

On the other hand, Rajshahi will be hoping to complete theirhat-trick of wins while Barishal will look to bounce back after losing to Khulna in the first match.