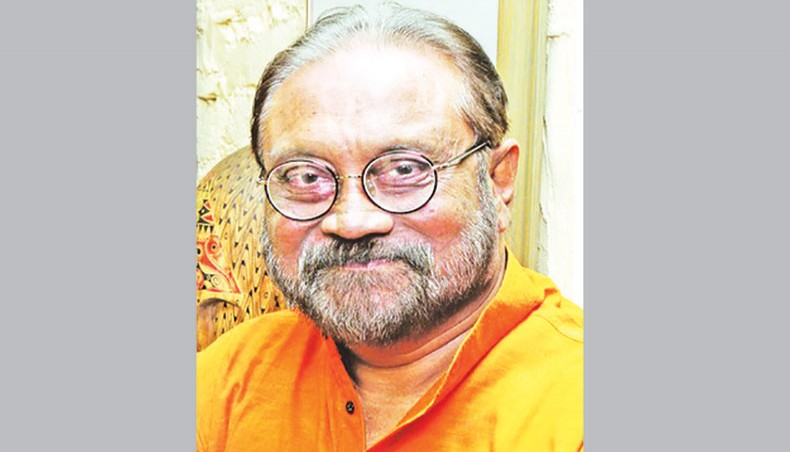 Ekushey Padak-winning thespian, popular television actor and freedom fighter Aly Zaker died on Friday morning while undergoing treatment for COVID-19 at a hospital in the capital.

He was 76. He is survived by his wife, a son and a daughter.

‘He breathed his last at about 6:45am on Friday at United Hospital,’ the actor’s widow Sara Zaker told New Age.

She said that Aly Zaker tested positive for COVID-19 on November 24 and was admitted to United Hospital on the day.

‘He had also been suffering from cancer, diabetes and other health complications for the past few years,’ said his son Iresh Zaker.

He said that his father was admitted to Bangladesh Specialised Hospital for treatment on November 16 as he fell sick at home, and after his condition improved, he returned home on November 22.

The President said, ‘Thespian Aly Zaker was a shining star in the country’s cultural arena. The country lost an eminent actor and cultural figure at his death. His death is an irreparable loss to the cultural arena of the country.’

He prayed for eternal peace of the departed soul and conveyed deep sympathy to the bereaved family members.

Different socio-political and cultural organisations expressed their condolences at the death of Aly Zaker.

The body of the veteran actor was taken to the Liberation War Museum at Sher-e-Bangla Nagar in Dhaka at about 11:30am. His body was kept there for an hour.

Different socio-political and cultural organisations placed wreaths at his coffin. He was given state honours at the museum.

Aly Zaker’s body was then taken to his office of Asiatic 360 Media Agency in Banani.

He was buried at Banani graveyard following a namaz-e-janaza after Asr prayers.

Born on November 6, 1944 in Chattogram, Aly Zaker attended different schools in Feni, Khulna, and Kushtia until his family settled in Gendaria, Dhaka in 1954, when he was admitted to St Gregory’s High School in Class-IV.

Between 1972 and 2019, Aly Zaker directed 15 plays and acted in 31 theatre productions, including several productions that were instant hits. They include Sath Manusher Khonje, Kopenik-er Captain, Galileo, Nurul Diner Sara Jiban, Macbeth, Achalayatan, and Dewan Gazir Kissa. His performances in the role of Nurul Din, Dewan Gazi, and Galileo earned him huge acclaim.

He won several awards including National Academy of Performing Arts Award in 1977, Sequence Award of Merit in the category of outstanding theatre personality in 1984, and Ekushey Padak in 1999 for his contribution to the country’s theatre art.

He also won Critics’ Circle of India Award for outstanding direction and acting in 1984 for his seminal contribution to the development of theatre in Bangladesh.