Bangladesh move up in FIFA rankings 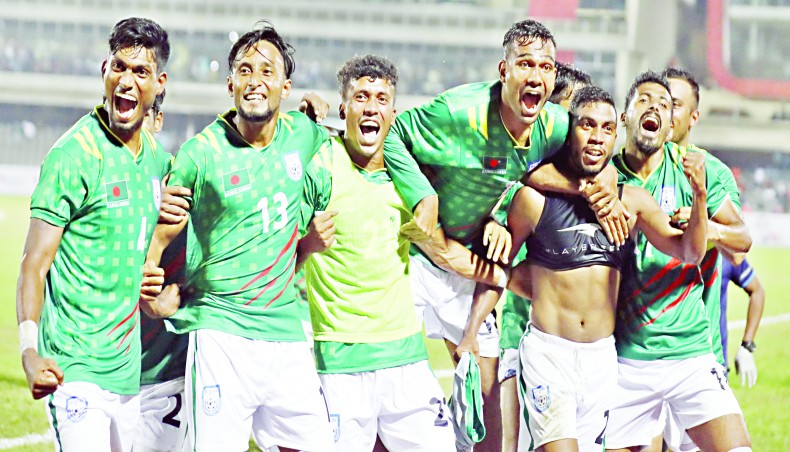 Bangladesh national team defeated Nepal by 2-0 on November 13 before playing a goalless draw three days later, which helped them gained six rating points to increase their tally to 920.

India is still the highest ranked team in the sub-continent; moving up four places to become 104th, while Afghanistan, Maldives and Nepal ranking 150th, 155th and 171th respectively.

Bangladesh is ahead of Bhutan, Pakistan and Sri Lanka, who are sitting at 189th, 200th and 206th respectively.

Belgium, France and Brazil remain unchanged at the top-three slots with Argentina moving one place up to become seventh.