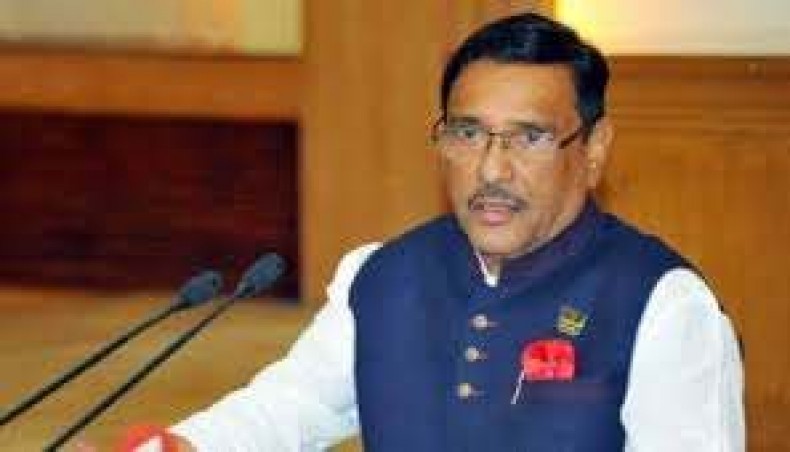 Road transport and bridges minister and Awami League general secretary Obaidul Quader on Friday said the government had taken all-out preparations to get coronavirus vaccine quickly after it would come in the international market.

‘With both government and non-government efforts, coordinated preparations have been taken to reach the vaccine to doorsteps of the people in an easier and faster way,’ he told a facemask distribution programme for physicians at the AL president’s Dhanmondi political office.

He joined the function through a videoconferencing from his official residence on parliament premises.

Under the initiative of AL’s sub-committee of relief and social welfare and sub-committee on health and population, high quality N-95 facemasks were handed over on the occasion for distribution among physicians.

The AL general secretary urged the leaders and workers to conduct campaigns to raise consciousness among the people about abiding by health guidelines.

The future condition of the coronavirus cannot be predicted beforehand but the government has taken proper measures to face the situation, he added.

The minister said if a vested quarter did not want to take political advantage capitalising the humanitarian crisis created by coronavirus pandemic, it would have been easier to face the situation and people’s lives as well.

‘The people will have to remain alert about the evil forces . . . they will have to build a strong resistance again the forces,’ he said.

He said the government kept continued its zero tolerance policy against corruption and irregularities.

About BNP secretary general’s claim that the recent fire incident in the city’s three slums is mysterious, Quader said the incidents are definitely mysterious and investigation is underway to unearth who are behind the mystery.

Investigation will reveal whether there was any conspiracy behind the fire incidents to destroy the country’s peace, he said, adding that none would be spared if any evidence of conspiracy is found.

The AL general secretary said BNP carried out arson terrorism and shifted its liability on the government as it was their old habit.