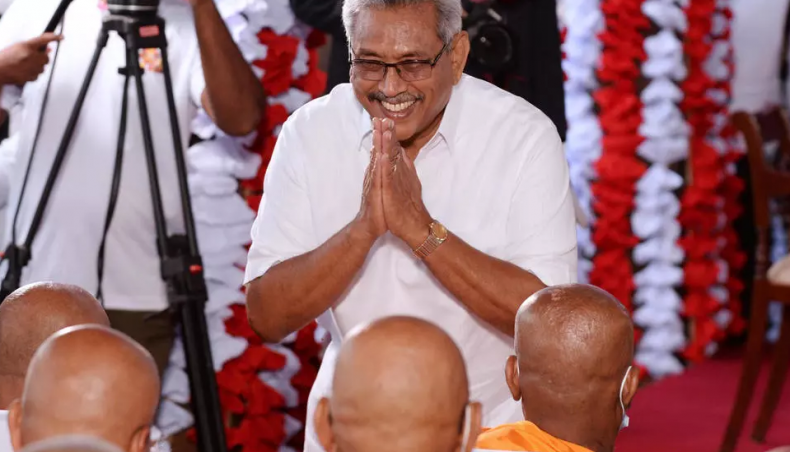 Sri Lanka’s 37-year conflict began in 1972 when Tamil Tigers waged a bloody war against government troops in a campaign for a separate homeland for their ethnic minority group.

Rajapaksa was defence chief when the Tigers were finally defeated in 2009 while his brother Mahinda Rajapaksa was president, winning them the adoration of many in the Sinhala majority population.

For years, Tamils were not allowed to commemorate their war dead, but a ban on ‘Heroes’ Day’ ceremonies at cemeteries was lifted after Mahinda was voted out of office in 2015.

The Rajapaksa brothers returned to power last year however when Gotabaya was elected president.

His government petitioned courts in the Tamil-majority north of Sri Lanka this week and obtained prohibition orders against the commemorations, the attorney general’s office said.

The main Tamil political party, the Tamil National Alliance, protested against the ban on Friday.

‘Even in the remembrance of the dead there is discrimination against the Tamils in Sri Lanka,’ TNA legislator Abraham Sumanthiran said on Twitter.

He said the majority Sinhalese governments had not barred the leftist JVP, or People’s Liberation Front, from commemorating their mainly Sinhalese comrades killed in two failed insurrections in 1971 and in the late 1980s.

The rebel Liberation Tigers of Tamil Eelam declared in the late 1980s that November 27 would be their ‘Heroes’ Day’ in memory of self-styled Tiger Lieutenant Shankar, their first combatant killed by security forces in 1982.

The UN accused Sri Lankan forces of killing at least 40,000 Tamil civilians in its military campaign, an allegation denied by successive governments.