Maradona was there for me in tough times, says Mourinho 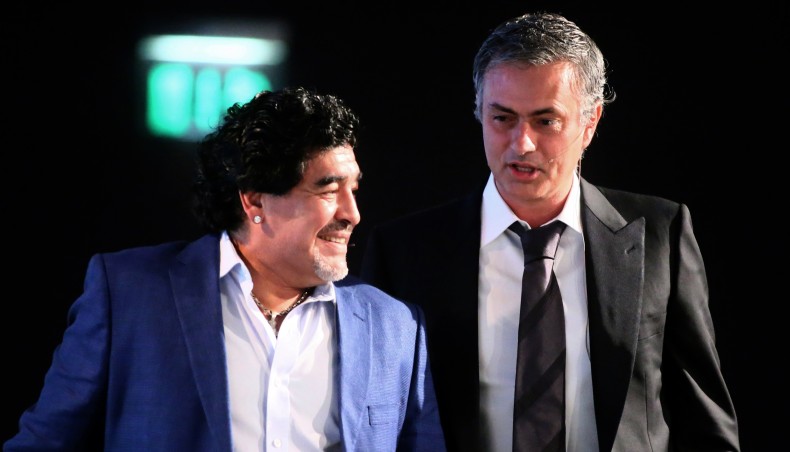 Tottenham manager Jose Mourinho has revealed that Diego Maradona would call him after defeats, paying a warm tribute to the late Argentine great with a ‘big, big’ heart.

The World Cup winner died from a heart attack on Wednesday aged 60.

‘I spent the day today telling stories to my guys about him and the time we spent together and that’s the guy I miss,’ Mourinho told BT Sport.

‘I especially miss the phone call that was always arriving after defeats and never after victories.

‘It was always with this kind of approach, so I miss Diego.’

The Spurs boss said those who had been able to spend time with Maradona had been privileged, drawing a line between the footballer and the man.

‘There is Maradona and there is Diego,’ said Mourinho. ‘Maradona, I don't need to speak about because the world knows and nobody will forget.

‘Diego is different. The people that are the big friends of him, the people that share dressing rooms with him, colleagues, these guys are privileged.

‘I can say he was a good friend of mine, but my contacts with him were by telephone and we met of course a few times.’

‘He had a big, big, big, big heart,’ said Mourinho, whose side beat Ludogorets 4-0 on Thursday to move to the brink of qualification for the Europa League knockout phase.

‘That’s the guy I miss, because his football we can find every time we miss him, if we Google we will find it. But Diego, no.’