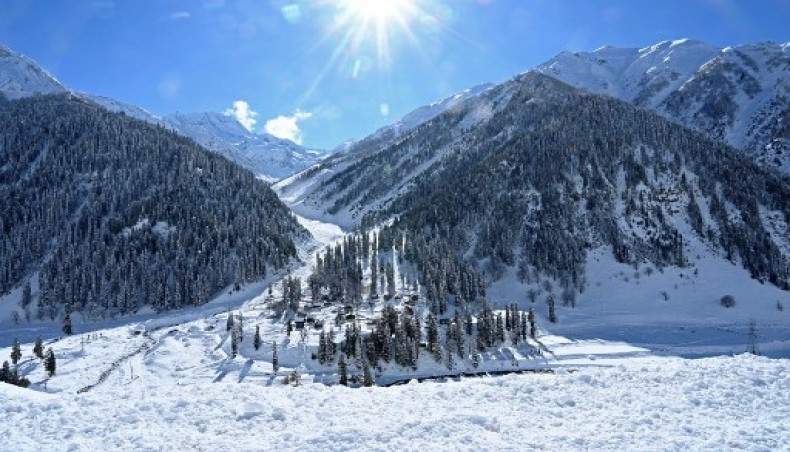 Snow covered mountains and houses are seen at Baltal that connects Srinagar to the union territory of Ladakh, bordering China on November 26, 2020. — AFP File Photo

At least two troopers were killed on Thursday after extremists attacked their contingent in restive Indian-controlled Kashmir, officials said.

The Indian army was attacked in Srinagar city, the summer capital of Indian-controlled Kashmir.

Following the attack, reinforcements of police, paramilitary and army were rushed to the spot to trace the attackers.

‘The area has been cordoned off and search operation is in progress,’ Kalia said.

So far no arrests were made.

The attack triggered panic in the area and people were seen fleeing from the spot to prevent themselves from being hit, locals said.

Reports said militants managed to escape from the area after carrying out the attack.