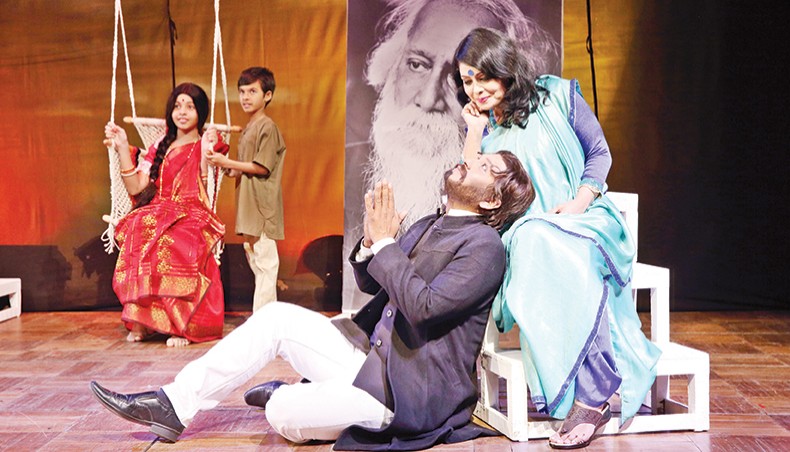 The play has been written and directed by Nuna Afroz.  It revolves around a fan’s imaginary encounter with Nobel laureate Rabindranath Tagore.

The play begins with Athai and her friend Nehal travelling to Shilaidaha in Kushtia, where Tagore had lived for a while and wrote some of his most popular poems and songs.

When Athai gets separated from her friend, she starts wandering inside Kuthibari and suddenly hears Tagore’s voice. She follows the voice and comes across Tagore.

The audience gets a glimpse into different stages of the poet’s life in the play where Athai, played by Nuna Afroz, meets a Tagore aged 21, 29, 69 and 80.

When contacted, Nuna Afroz said, ‘It will be the 28th show of the play. We will be staging the play after a long hiatus at Bangladesh Shilpakala Academy. I invite theatre lovers to watch the play. I urge all to follow health directives while attending theatre shows amid the COVID-19 outbreak.’