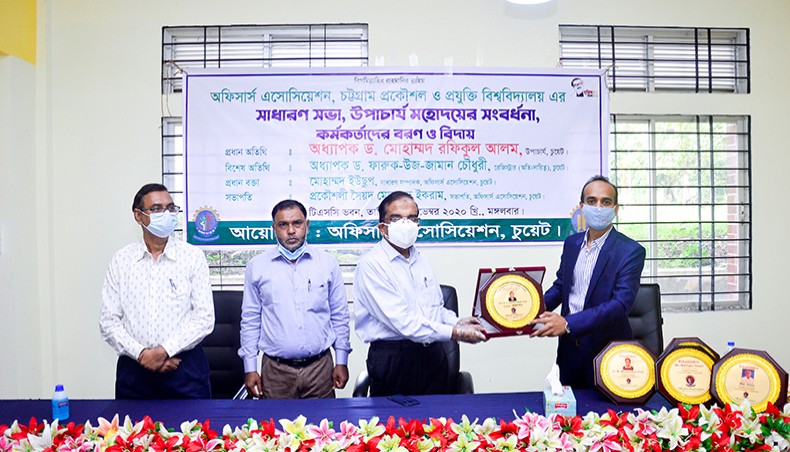 The association of the officers of Chattogram University of Engineering and Technology accorded a reception to vice-chancellor Mohammad Rafiqul Alam on Tuesday on the occasion of his reappointment.

The reception was held in the TSC auditorium of the university at noon also to felicitate the VC on his election as chairman of Bangladesh University Council, association of the vice-chancellors of the public universities.

The VC received citation souvenir from the leaders of the association, said a press release. Later, the annual general meeting of the association was held where its new committee was sworn in and the previous office-bearers were given farewell.

In the afternoon, a delegation of the Bangladesh Inter-University Officers Federation, led by its secretary general Mir Mohammad Morshedur Rahman, met with the CUET Officers Association leaders.

The leaders of the organisations discussed various issues of common interests of the officers of the public universities of the country.