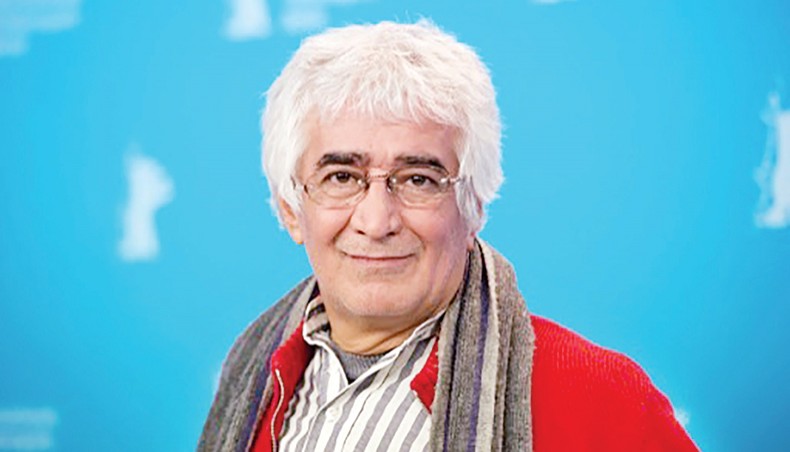 Movie director Kambuzia Partovi, who scripted the only Iranian film to win a Golden Lion in Venice, died on Tuesday of the novel coronavirus, the Islamic republic’s film body said.

Partovi, one of the ‘most influential filmmakers of Iranian children’s cinema’, died in Tehran’s Dey hospital aged 64, the Farabi Foundation said in a message of condolence on its website.

Born in Rasht in northern Iran, Partovi began his directing career in the 1980s with ‘Mahi’ (‘The Fish’) and quickly became an important figure in Iranian children’s cinema -- but he did not limit himself to the genre.

He won four scriptwriting awards from Tehran’s Fajr Festival, the most among his peers.

He also co-wrote the script for Majidi’s 2015 epic ‘Muhammad’, the most expensive film in the history of Iranian cinema.

The biopic, which portrays the childhood of the Muslim prophet, was slammed as a ‘hostile act’ and a ‘distortion of Islam’ by the top cleric in Saudi Arabia, Iran’s regional rival.

In 2000, Partovi co-wrote ‘The Circle’, which tackles difficulties facing Iranian women. It was the first and so far only Iranian film to win the Golden Lion at the Venice Film Festival.

Partovi’s later film ‘Cafe Transit’, which tells the story of a widow who decides to run her late husband’s truck-stop restaurant, was selected to represent Iran at the Oscars in 2007.

In 2013, Panahi and Partovi won the Silver Bear for best screenplay at the Berlin film festival for ‘Parde’ (‘Closed Curtain’), made secretly in defiance of a ban by the Tehran authorities.

Partovi is not the first Iranian filmmaker to die of the novel coronavirus.

Iran is the country worst-hit in the Middle East by the pandemic.

It has officially recorded 45,738 deaths and 880,542 virus cases, though some officials, including from the health ministry, have expressed concern that the real toll is likely to be higher.

Tehran announced Saturday it had shut non-essential businesses in over half its cities and towns for up to two weeks and introduced movement restrictions in order to rein in the outbreak.