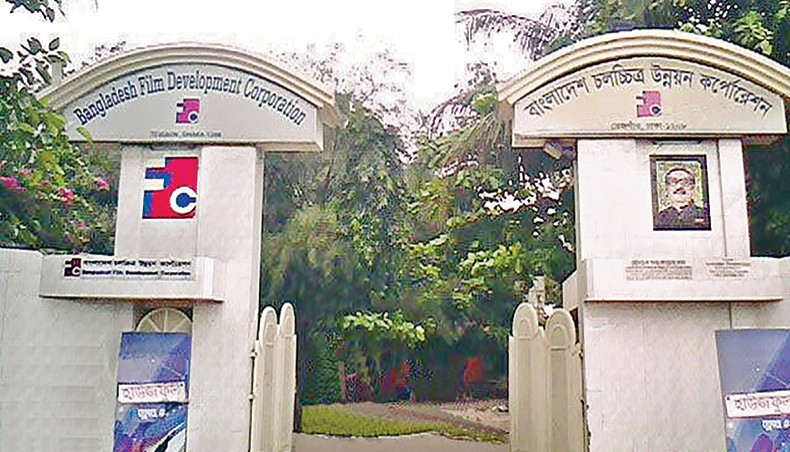 This file photo shows a front view of the Bangladesh Film Development Corporation.

The cabinet, with prime minister Sheikh Hasina in the chair, approved the draft of the Bangladesh Film Artistes’ Welfare Trust Act-2020 on Monday to ensure overall welfare of the actors and actresses of the country’s film industry.

‘The law has been formulated in line with the prime minister’s directive to provide financial assistance to insolvent and incapable artistes for their welfare and treatment as well,’ cabinet secretary Khandaker Anwarul Islam told journalists at the regular post-weekly cabinet meeting at Bangladesh Secretariat’s cabinet division.

The head of the government joined the meeting virtually from her official Ganabhaban residence while her cabinet colleagues were connected from the Bangladesh Secretariat through virtual media.

The cabinet secretary said the proposed law also suggested helping the dependents of an artiste after his or her death.

Islam said there would be a 13-member board of trustee with the information minister as its chairman while a government-appointed managing director will act as its executive officer.

‘It [trust] will be operated with a fund of its own or other sources and government allocated money from the annual budget each year,’ he added.

He, however, said the film artistes, who will get benefit from the artistes’ welfare trust of the cultural affairs ministry, will not be eligible for getting any grant from this newly proposed Bangladesh Film Artistes’ Welfare Trust Act-2020.