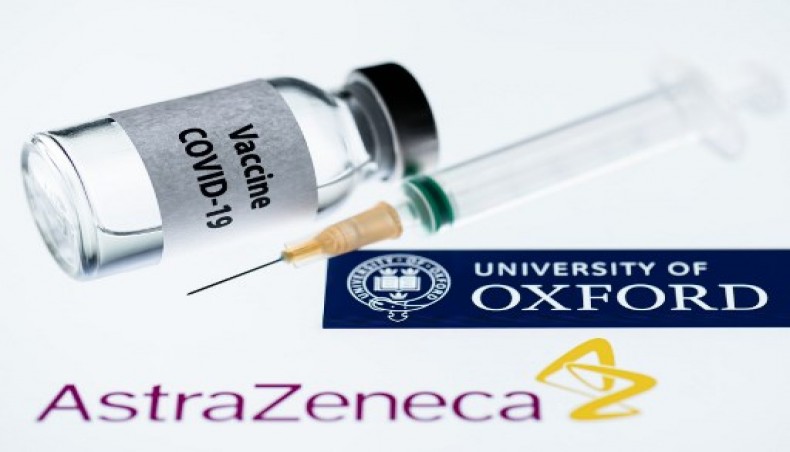 This illustration picture taken in Paris on November 23, 2020 shows a syringe and a bottle reading 'COVID-19 Vaccine' next to AstraZeneca company and University of Oxford logos.- AFP photo

India will be given first priority for the delivery of the AstraZeneca/Oxford vaccine after its British developers claimed success following mass testing, the world's largest vaccine manufacturer by volume said Monday.

The chief executive of the Serum Institute of India, Adar Poonawalla, said the manufacturer has already produced 40 million doses of the vaccine so far.

‘By January, we should have, you know, 100 million doses is minimum because we've already made 40 million doses,’ Poonawalla, whose father founded the vaccine manufacturer, told television broadcaster NDTV.

Poonawalla said he expected that some 90 percent of Serum Institute's doses were to be sold to the Indian government at around 250 rupees (US$3.00).

‘Most of that 90 percent is what's going to go to the government of India and maybe 10 percent in the private market at the higher price (of 1,000 rupees),’ he said.

‘We're hoping for this emergency use licence so that by the end of December, January we can start rolling out some (doses).’

AstraZeneca and Oxford University said Monday that their drug had proved on average 70 percent effective at stopping the virus after trying it on 23,000 people.

The Oxford drug can be transported easily at normal refrigerator temperatures -- unlike some of the other candidates, which require extremely cold storage.

AstraZeneca said it planned to produce up to three billion doses of the vaccine in 2021 if it passes the remaining regulatory hurdles.

The Serum Institute in August struck a deal with Gavi, the Vaccine Alliance, to produce up to 100 million COVID-19 doses of two different potential vaccines from AstraZeneca and US biotech company Novavax.

Once the vaccines gain regulatory approval, the doses could be produced as early as the first half of 2021 for distribution to low- and middle-income countries, Gavi said.

First in line would be health workers, other frontline workers including the police, paramilitary and those working in sanitisation, as well as people aged above 65, Vardhan added.

Prime Minister Narendra Modi is expected to meet with state leaders on Tuesday for discussions about the distribution of the vaccine, local media reported.

India is the second worst-infected nation after the United States with more than 9.1 million virus cases.